Just because I don’t agree with epidurals, doesn’t mean I’m epidural shaming.  I’m not shaming you and I don’t really put the blame on you for doing what I believe to be an unwise decision.   These are my opinions based on my experiences and personal research.  But I don’t judge you for them.

I believe women can birth without an epidural.  The potential side effects (and the needles) of an epidural scare the crap out of me.  And, I believe doctor’s don’t give out enough information before offering an epidural (or any other intervention).

If I’m epidural shaming, trust me when I say that I shame the doctors.  And I place further blame on the thousands (or millions) of women who would have you believe you can’t birth your baby without drugs.

“You’ll change your mind,” they’ll say if you express an interest in natural birth.  Trust me when I say there were very few people who cheered me on when they learned of my natural birth plans.  I was scoffed at for believing I could push a baby out of my vag without drugs.

And when I was able to birth my babies naturally, I received snide remarks like “do you want a cookie?” or “you got lucky.” (And yes, I did want a cookie, because what new mama doesn’t deserve one?)

Yep, I’m going there … epidural shaming is actually a two-way street.  Just as you feel you’re a victim of epidural shaming, natural birth mothers are often silenced for discussing not having an epidural.  Like we’re not supposed to talk about and inspire others.

If you felt as though you were shamed for getting an epidural, I felt the reverse.  Anti-epidural shaming?

If they didn’t tell me I’d change my mind, these women just had to tell me all their horror stories.  Their favorites were about the ring of fire.  My favorite was the woman who felt the need to tell me she felt as though she were going to be ripped in half.

Scared of Labor: Overcoming Your Fear

We fear that which we do not know.  Not many people experience a natural birth, though the rate of them is on the incline, thankfully.  Because so few people have experienced a birth without an epidural, they’re able to continue propagating fears over the pain of natural birth.

Secrets You Need to Know to Prep for Giving Birth Naturally

The reality is, however, that when we’re prepared and not afraid, the pain is nothing like what we are lead to believe.  That’s not to say it doesn’t hurt because it does.  We’re just better equipped to handle it when we accept it as part of the process instead of acting as though it’s wrong.  The pain of childbirth isn’t wrong … it’s your body’s job at that time.  We learn just how strong and capable we are.  And, those who can make it to the end without drugs will experience an empowerment unlike any other in our lifetime. 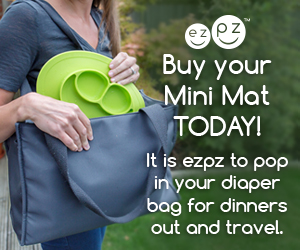 Through natural birth, we learn just how strong and capable we are.  And, those who can make it to the end without drugs will experience an empowerment unlike any other in our lifetime.

The Real Shame About Epidurals

I hate the notion that we can’t birth our babies without drugs.  The women in our society are being robbed of learning just how capable we are.  I’m sad that women mainly support epidurals and other medical interventions (yet generally don’t speak about the negative side effects of the epidural).

I’ve been angered that doctors offer interventions, including epidurals, without fully discussing potential side effects.  And I’m disappointed when a doctor leads a woman to believe she won’t succeed at a natural birth.

What You Should Know About the Risks of the Epidural

I feel sorry for you if your doctor never fully supported natural birth.  I’m sorry if you began to doubt your abilities because of the rampant horror stories and mockery if you’d been interested in natural birth.  But, I’m not epidural shaming you for making those decisions, whether it’s out of necessity or the belief that you couldn’t do it.

So, for those of you who keep propagating the fears of poor, unsuspecting moms to be.  You should be ashamed of yourselves.  Your experiences shouldn’t dictate how someone else should experience such an important event in their lives.

Stop your anti-epidural shaming and encourage women to research and prepare for childbirth.  Be their cheerleaders no matter what an expectant mama’s plans are.  Encourage … not frighten so that they do what you want.   Encourage mom-to-be to take back their power over birth.  Be inspired by them, instead of holding them back.  And if they end up getting the epidural, you can be there to support that too!

For those of you who feel as though you’re a victim of epidural shaming, take a long hard look at the “support” and “encouragement” you had around you.  How many birth horror stories did you hear vs positive stories?  Were you inspired or did you doubt your capabilities?  How prepared do you think you were?

Perhaps you aren’t a victim of epidural shaming, but instead a victim of the doubt others like to create in expectant mamas.  At least, that’s the way I see it!

It’s okay to feel guilty about things not going as planned.  It’s okay to even feel some guilt if you realize you hadn’t done enough research or prepared enough.  I’m pretty sure that’s natural.

It’s yours and it’s done.

But really, why do you even give a rat’s butt what other people think about your birth?