How The Meaning of Christmas Has Changed Since I Had Kids

written by Ivy B December 4, 2017
This post contains affiliate links which may earn me commissions should you click through them and take certain actions. As an Amazon Associate I earn from qualifying purchases. See full disclosure here.

As a kid, I lied to myself every year about what Christmas meant to me.  I’d been taught about Jesus’ birth and there were a few years I requested setting up a manger scene instead of a tree.  My parents never did it, though.  The truth was, though, I really cared about the presents.

All the cool presents.

Mom was a penny pincher.  Dad was the spender.  Most years, dad way overspent, despite the fact they weren’t always doing well financially.

I still remember having a pile of presents nearly every year and thinking “man, is that all?!”  I’d sometimes hope they had something huge waiting for us outside.  I’d get a pang of disappointment when I realized there was nothing more to be opened.  Then, I’d put on a smile and thank my parents profusely.

I’m kind of embarrassed to admit how ungrateful or insensitive to our family’s financial struggles I was at the time. 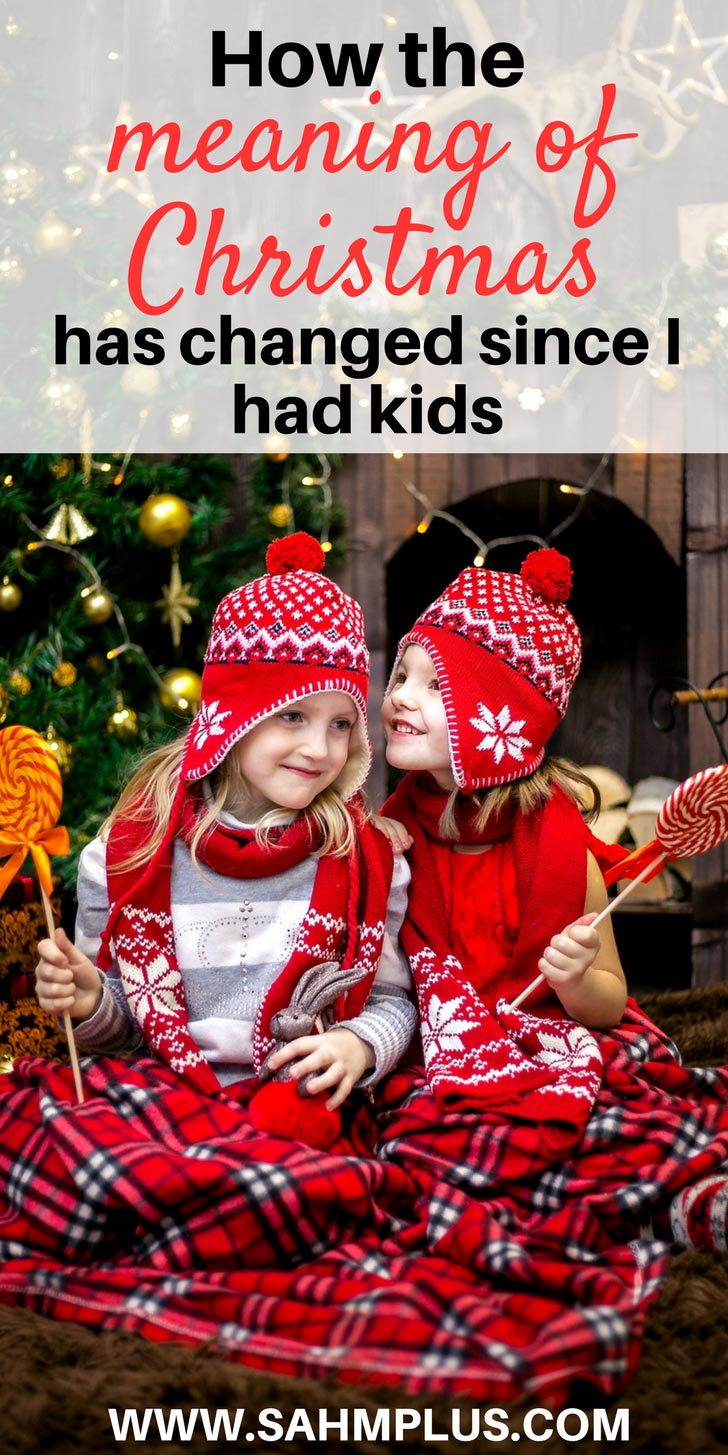 How The Meaning of Christmas Has Changed Since I Had Kids

Fast forward to now.  My 6 year old has been showing her dissatisfaction with the quantity of gifts for a couple years.  And her attitude toward gift gifting events has completely changed the meaning of Christmas for me.

We’ve been lucky to be financially blessed since my husband allowed me to become a stay at home mom.  It’s as though the universe favored his sacrifice and sought to reward my husband in the job department.  Because of which, our children have been more than blessed.

Add to that, grandparents love to spoil their grand-babies.

So, the kids never need.  And, in my mind, certainly have nothing to desire.

Last year, my daughter belted out “Is that all?  I want more” after opening all the gifts she received from her PaPaw.  My mouth dropped.  This was after she’d already grumbled about wanting more when she was done opening gifts from her parents.  And, we’d already had the discussion about being thankful for whatever it is we get and that we didn’t want to hear anything about wanting more. 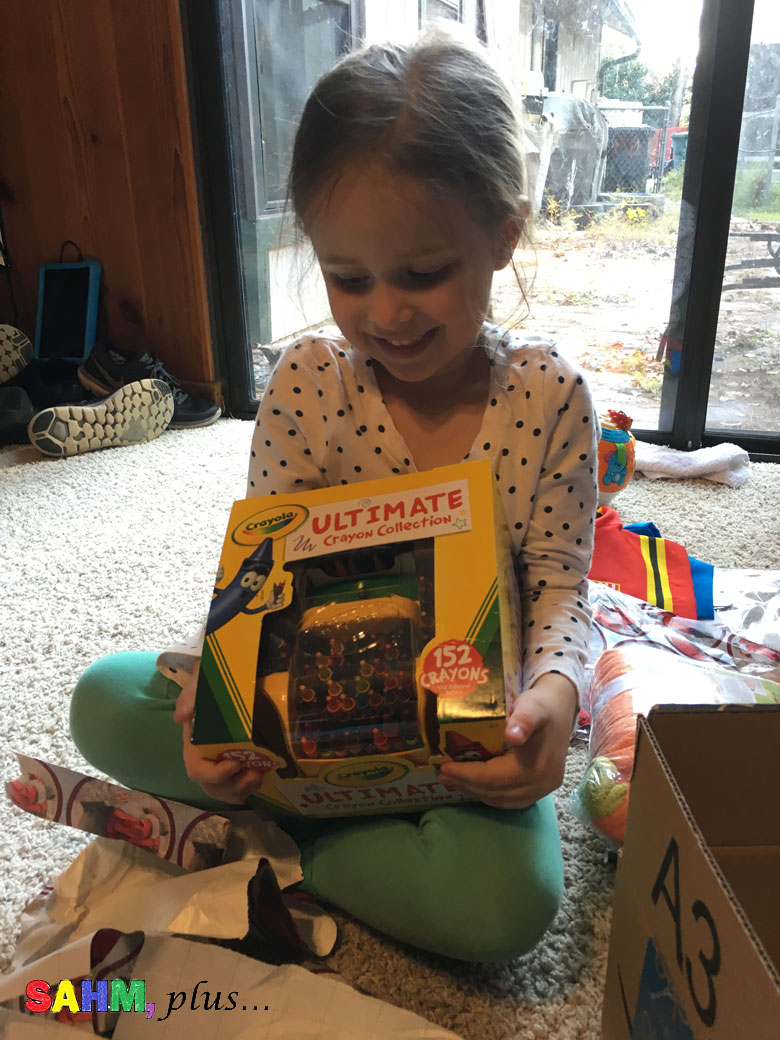 Obviously, we have to work on her lack of tact and teaching her to be grateful.

So, this year we decided to follow the 4 gift Christmas Challenge which goes as follows:

Now, we’ve already did this for her birthday, so it’s nothing new.  And I actually found myself struggling more to restrict myself than she appeared to struggle with not having.  I sensed some disappointment, but I think it was a wake up call for her.  And this Christmas should be no different.

I think I’ll still struggle with wanting to do more, even though she’ll have a large bag of clothes and a heavy box of books.  I’m trying to decide how I want to pitch the idea that Santa still needs to bring a nice gift.  And, I still want to request that we add an experience gift.

Has the meaning of Christmas changed since I had kids? 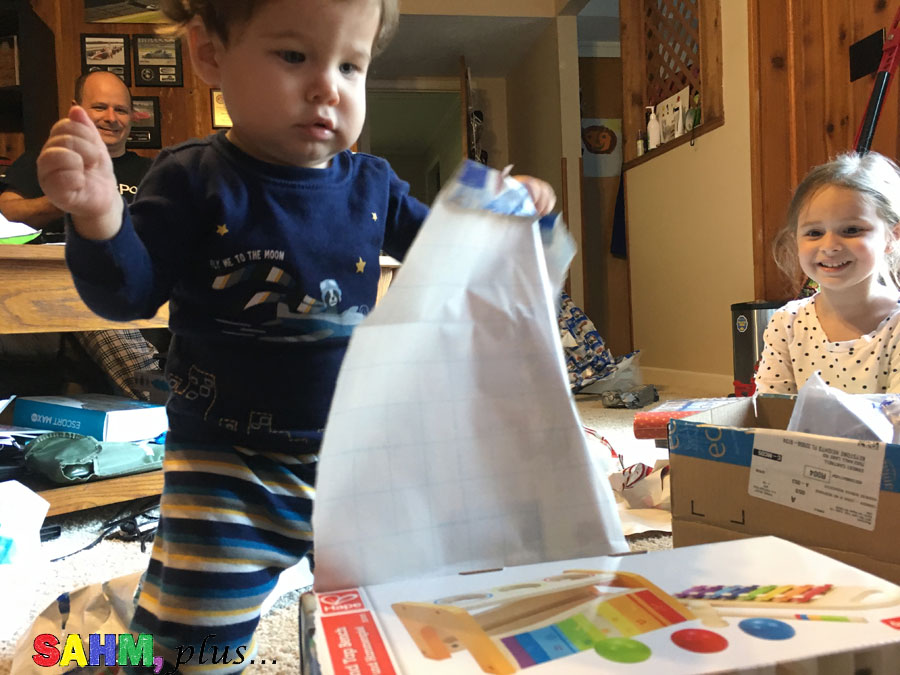 Hey, at least I’m honest about it, right?!

Sign up for my email newsletter and receive a free Christmas Word Search Printable!! 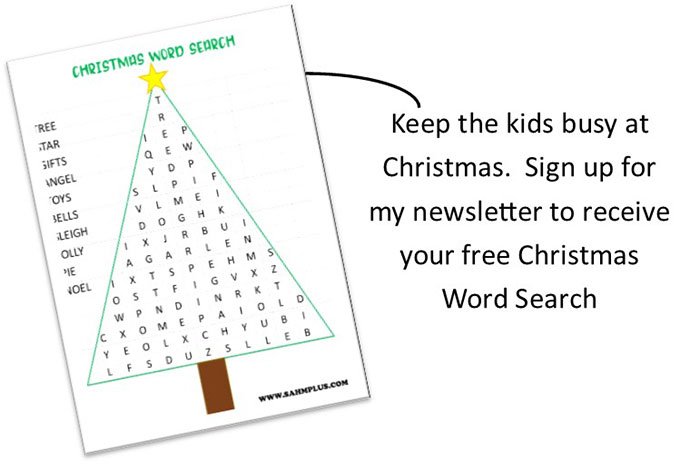 The History of The Star Tree Topper and a Giveaway

To my son as you turn two

I love this and may need to adopt as I am not too proud to say that I was similar to you growing up. I mean had those same thoughts myself and pretty sure now my kids do, too sadly. So might be time to change it up. Thank you for sharing and definitely appreciate knowing that it wasn’t just me all those years ago either.

I think the meaning of Christmas has changed for me since having children. It brings to life the words of Christ (Acts 20:35) that “it is more blessed to give than to receive.” The joy on my children’s faces when they see something on Christmas morning that they have been wanting is worth more than any present I receive.

This is so difficult for our family. They have no self control when it comes to gift giving, so I’m constantly afraid my kids will get spoiled. I love the thought of moving towards a more “attitude of gratitude”. I may get that tattooed on my kids.

This can be really tough. I think kids love the experience of opening gifts and part of the disappointment comes from that being over – regardless of what the gifts are. Even still, it’s important to teach them about contentment and gratitude and I think your approach is a good one. We almost never buy big gifts since ours is still a toddler and get plenty from other family, but I like the 4 gifts rule and will likely also include an experience for the whole family when our kids are older.

When I was a kid we were poor, so I mostly got some chocolates wrapped under the tree. This also made me want to make Christmas more special for our kids by getting them plenty of presents.

What we noticed is that they are more for the thrill of unwrapping than the presents themselves. So what we do now buy cheaper items and larger in numbers for them to open. They did say they wrote to Santa that they wanted a particular present but didn’t get it. We just said that Santa is on a budget and couldn’t get what they wanted. They seem to understand that.

I’d like some chocolates under the tree … Santa needs to get hip to my food allergies LOL. But, whatever 😉 I like the idea of spending less on items and giving more, but we’re already so overwhelmed by STUFF that the 4 gift thing just works. It’s a lot easier to find room for 4 items of completely different categories than it is to find for tons of cheap gifts. I mean, I could totally find room in the garbage can … but I know the kids really wouldn’t appreciate that … I’m snickering to myself here over the thought of it.