How to End Mommy Wars: Accept and Celebrate Differences

written by Ivy B January 30, 2017
This post contains affiliate links which may earn me commissions should you click through them and take certain actions. As an Amazon Associate I earn from qualifying purchases. See full disclosure here.

Parenting is a dog eat dog world, it seems.  What I really think about stopping mommy wars.  Maybe, just maybe, it’s you, jumping to conclusions and allowing people to offend you.  Maybe it’s you, closing lines of communication.

Are mommy wars all in your head?

At every turn, moms everywhere are faced with judgment.  Well, at least it seems that way.  Forums, blog posts, and Facebook comments are often littered with negativity from moms against other moms.  Why are women at such odds with each other during the time when we need the most support?  I mean, it’s bad enough we’re constantly questioning ourselves.  “Am I a good mom?” is a regular thought that runs through my mind.

Being a mom is hard and I can’t figure out why we’re making it harder on each other.

Stopping mommy wars, though, can be as simple as working on your reactions.  Now, I don’t mean that you are the single power to end mommy wars.  I’m also not insinuating that this is an overnight process.  But, the movement needs to start within your own mind. 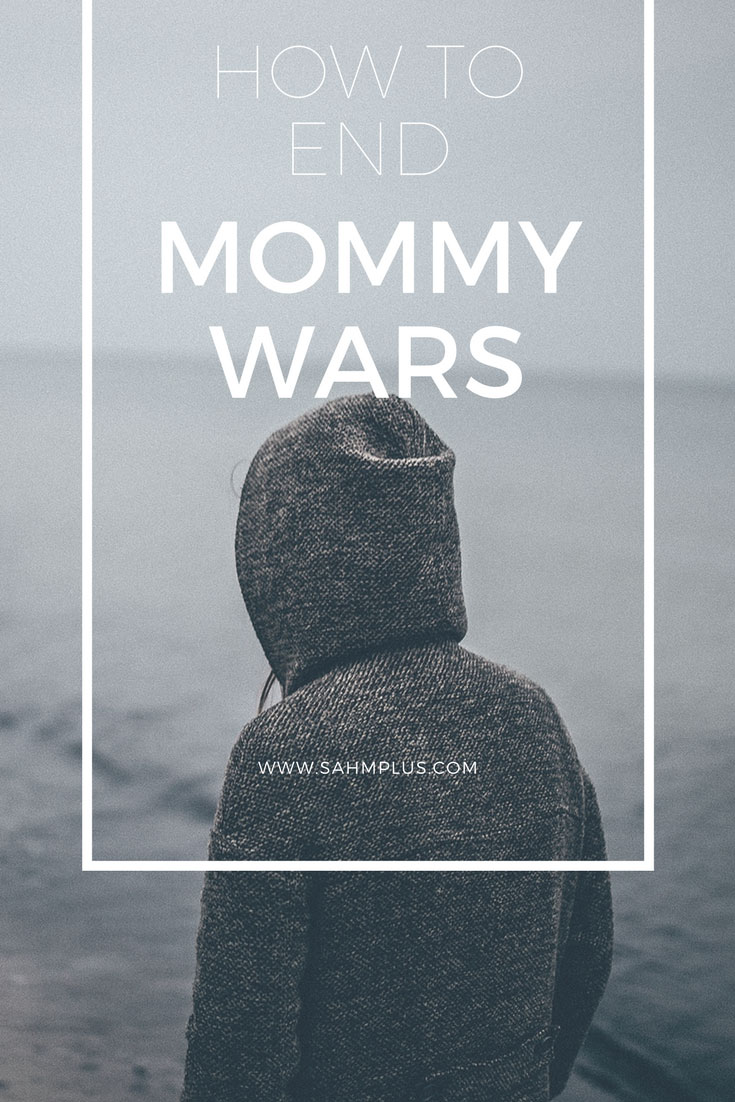 What I’ve come to realize is that many of the parenting arguments don’t start out as such.  They’re turned into squabbles because:

Yes, I’m telling you that many of these parenting arguments are caused by assumptions.  Unless someone has come out and told you to your face that you’re a bad mommy or directly stated that she believes you’re doing such-and-such wrong for such-and-such reason, you’re probably making an assumption.  And, you know what they say about assumptions… 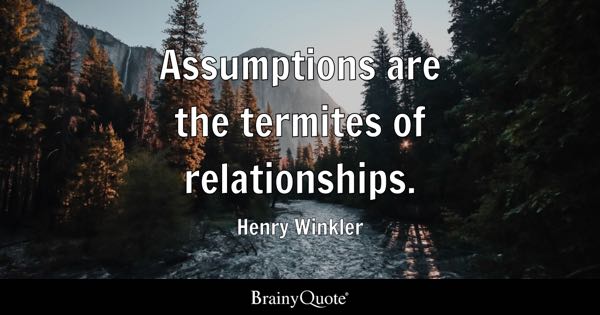 Maybe it’s not her fault

Whatever your, maybe now ex-, friend said to you probably wasn’t meant to hurt your feelings or piss you off.  The all-organic, everything whole food bitch at the grocery store probably isn’t looking in your cart to see what you’re feeding your baby.  She probably couldn’t give a shit.  Maybe you’re reading between the lines when there wasn’t anything to read.

As an example, a few years ago, as I handed my daughter a sippy cup, my sister-in-law asked “why are you giving her a sippy cup if she knows how to use a regular cup?”

At the time, I got offended.  Why was she questioning my choices in parenting, and in front of my kid?

Looking back, however, I can’t help but wonder if she genuinely wanted to know if there was a benefit or some parenting rule she needed to know about as her son was a bit younger.  I could have easily taken the opportunity to explain our house rules.  One of which was “no open cups allowed through the house” as my young daughter toddled around.  At the time, she was allowed to carry her milk in a sippy so she didn’t have to go back for it whenever she needed a drink.  It saved me from cleaning messes and gave her some freedom to roam with her milk.

Can you think of a time a friend or family member made a comment that you were offended by?  Maybe you’re a buy-nothing-new mommy because the babies don’t use anything long enough to be worth it.  That’s what makes you feel good.   But, your friend remarks how she has to have all the latest and greatest baby gear, because nothing else will do.  And that’s her choice.  Did you feel perturbed?  Maybe you felt like you weren’t as good a mom or you didn’t care as much about your baby.

That shit is all in your head.  And, if you continue allowing things like that to offend you, you continue the mommy wars.  It’s self-inflicted.

Stopping Mommy Wars Starts With You

Stopping mommy wars isn’t on other people to keep their mouths shut.  It’s up to you to handle what’s said, or done, in a mature fashion.  Don’t LET someone offend you.

When you give someone’s words the power to offend you, you begin to sever relationships.  By becoming offended, you’ve allowed someone to make you feel inferior or imperfect.  When you partake in offending others because you wrongly assumed they were out to hurt you, you add fuel to the fire.

Instead, use someone’s opinions or statements to start discussions.  Ask questions to better understand their point.  Stop trying to fight that your point is right.  I mean, your opinion is right for you.  But that doesn’t mean you shit on the other person’s opinion in the process.

An opinion isn’t necessarily and invitation to start another battle in the overall mommy wars.  It can be a wonderful opportunity to understand someone on a deeper level.  But YOU have to make that happen by allowing other people to have their opinions.  That means allowing them to voice their opinions without bashing them.  And, you should remind yourself that someone else’s opinions or beliefs have no bearing on yours.

Of course, we should also be mindful of not offering unsolicited parenting advice.

A mom sharing her personal opinion on parenting doesn’t mean she doesn’t like you or thinks of herself as being better than you.  I know plenty of people who don’t share the same parenting values as me and I don’t think any less of them for it.  Just because I don’t agree with them doesn’t mean I should fight with them.  Sharing our opinions is our way of opening up discussions and learning more about each other.  We should be able to respect and love each other for our differences. 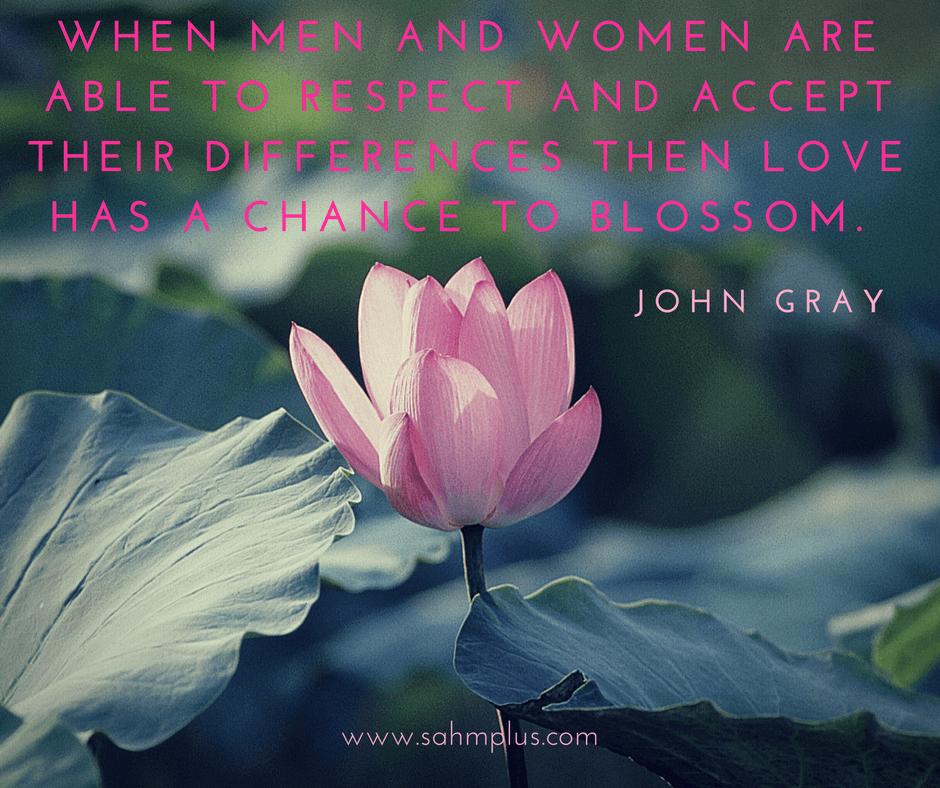 Why can’t we open our hearts and our minds to willingly accept and respect people for their differences?  Why can’t one mom express her opinion openly without worry about being bashed, as she listens to you complain about needing your opinion heard?  When we give each other the respect we need for our opinions and beliefs, and learn to celebrate our differences, we create more unity and potentially end the mommy wars. 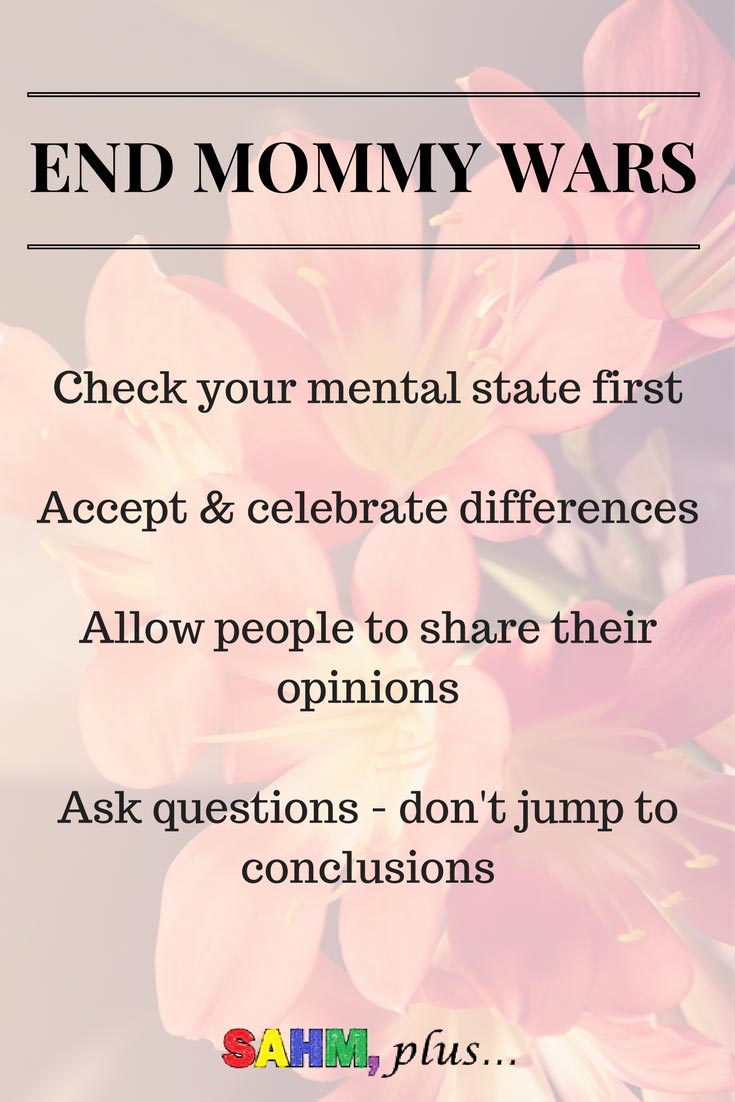 Those are my thoughts on stopping mommy wars …

What do you think?  I’d love to hear your thoughts!

How to Show Love to Your Husband

How to Raise a Leader You Can Be...

7 Benefits of Reading for Children

How Do You Define What a Good Mom...

Yes! I love how you encourage using differences of opinion as teachable moments. When I don’t understand something I try to get curious about it and ask questions instead of being silently judgmental. It’s sad that the former would be met with offense while the latter would leave me with an uninformed poor opinion of something but the other person would be none the wiser and therefore not offended. So silly. Let’s let each other learn from one another! So important across the board these days.

Thank you! You’re so right, this needs to apply to everyone about everything these days. I feel like we can’t hold civil conversations any longer when we express that we believe something different than someone else. It’s really sad to me.

This is a really solid post! I love your example about the sippy cup because I’m always worried people are questioning every parenting choice I make and I get a bit defensive sometimes. This is a good reminder that other parents might actually be curious.

Thank you Marcie. I’m glad you found it useful.

Yes yes yes! This happened between my mother and I in my earliest days of motherhood. My mom was so heartbroken when I spoke up and told her it had offended me. It was so far from her intention. I think all New moms need to read something like this.

Not just new moms … all moms. We need to be reminded that we’re not really at odds with one another just because we think differently. We stand the chance to learn a great deal if we could just be open, honest, and willing to listen to others.

Yes. This definitely needs to stop! I feel like recently the mommy wars have been in an all out blood bath. And it’s so disheartening to see! There have been moms recently who straight up told me I was lazy for formula feeding my baby and that I shouldn’t be a mom. Mind you they have ZERO idea the intense struggle i went through trying to breastfeed and then the major depression not being able to caused… some of these moms are just ruthless. And how does my formula feeding cause them harm in any way?? I just don’t get it! People need to find the kindness in their hearts and just be nice!

Totally not cool for any mom to come out and say you’re doing anything wrong, especially if they don’t know what you’re struggling with. That’s terrible.

It’s so hard to tell what someone means/tone over social media too. If you are in the wrong mindset when you read a specific piece of text it can be construed all different ways. My significant others family always has some kind of comment to make. My now 5 year old didn’t stop using a pacifier until she was 3.5, or getting a nighttime bottle until she was 2. She is about to start kindergarten in August.. none of those things held her back. I think we put too much thought on what others think. Every child is different and every parent is different.

I think it’s important to check yourself when you become emotionally charged, or like you said, check your mental state before making comments. Not being mindful of that definitely heats things up. And yes, it seems we generally put too much stock in what others think instead of being confident in our decisions.
Thanks for stopping by and sharing your thoughts!!

Great post! The mom war really does need to stop. The sooner we all become more understanding to each other and less judgey or feeling like we are being judged the better.

Mommy Wars are very real, and very unfortunate. There’s nothing wrong with expressing an opinion, but people need to remember that opinions arent facts, and you respectfully disagree without judging. And without hearing tone, it’s easy to convey comments as negative, when they sometimes* aren’t. We all need to remember that no one parent is any better than another…unless you starve your kids and beat them, lol then yes there’s a lot of parents that do a better job! 😉

I found that a lot of times there seems to be a strong tendency for women to really blast each other … they let their emotions get the best of them instead of calmly trying to figure out why someone would say whatever it is they said. I agree that online, tone is lost, but that doesn’t mean we should jump to conclusions either.