Why using a Reward Jar is as Important as Teaching Consequences

written by Ivy B August 29, 2017
This post contains affiliate links which may earn me commissions should you click through them and take certain actions. As an Amazon Associate I earn from qualifying purchases. See full disclosure here.

Guys, when I first started working on my child’s bad behavior, I needed a system to keep me accountable for doling out consequences.  Truth be told, I was practicing an important parenting no-no … I wasn’t following through on my threats.  My daughter was young, high-needs, and her temper was out of control with me.  Everything was an argument.

I was at my whit’s end with the bad behavior and tantrums.  I’d had it up to my eyeballs with my admittedly ineffective parenting.  And I was tired of fighting my daughter for everything during the day.

The reward jar became a visual aide for myself and my daughter.  If she was able to hold her stuff together for the day, we were both able to share the joy in transferring a reward ball to the reward jar. 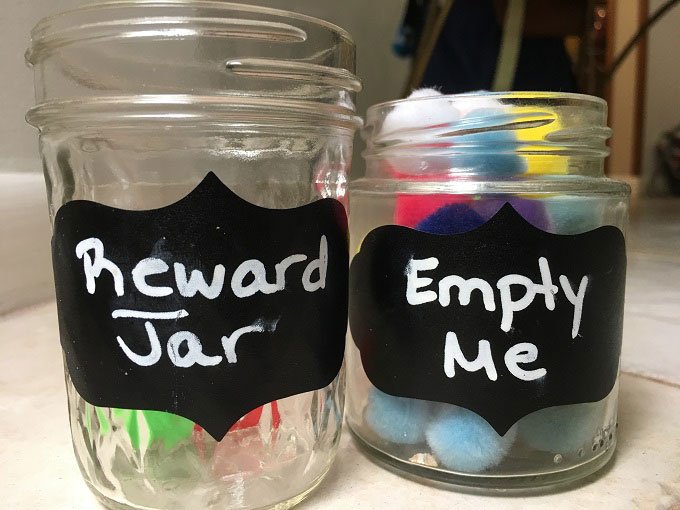 Friends, this was huge because it was so easy to overlook her good behavior in that dark period of time.  By being firm and following through with consequences when they were warranted, we were setting consistent standards of expectations.  But, when she was capable of acting civilized for a day, we were both proud at the end of the day.  And as the reward balls accumulated for the first month, my opinion of my daughter’s behavior was changing.

Using a reward jar allowed us to visually see the results.  I was able to praise my daughter’s behavior almost nightly.  And, when her reward jar filled up, the family was able to celebrate together!

There are so many ways you could use a reward jar.

For our family, we added a reward ball to the reward jar nightly only if our daughter didn’t pull a consequence for the day.  We knew what she was capable of, so we set our expectations high.

Access what may be right for your family!  You may decide that adding balls to the reward jar should be based on various events of the day.  So maybe you’re adding balls throughout the day for good behavior.

We also worked toward a reward after filling the reward jar.  In our case, we used 36 puffs.  She was able to get one reward puff daily, plus she could earn an additional reward ball once daily for exceptionally good behavior or unprompted good deed.  Generally, our daughter is able to fill her reward ball in a month.

At the time, she was 5, so working toward a monthly reward worked for her.

If your child is younger or needs more frequent motivation, you may find that the rewards need to happen more frequently to stay on track.  That’s totally okay!

The thing about using a reward jar …

is that you and your child both see the good they’re capable of.  No one is motivated by a constant focus on their bad.  If we can’t also help them see their good, what do they have to work for?

We can’t just manage bad behavior, we must reward the good behavior.  That’s why I suggest using a reward jar in addition to implementing a consequence jar.

Want to Start a Consequence and Reward Jar System?

I’m a firm believer that this system works.  You can read all everything I’ve written about the consequence and reward jar system here.  PLUS, if you sign up for my email newsletter, you’ll get instant access to a FREE resource library, which includes printable house rules and consequence jar ideas to help you implement the system. 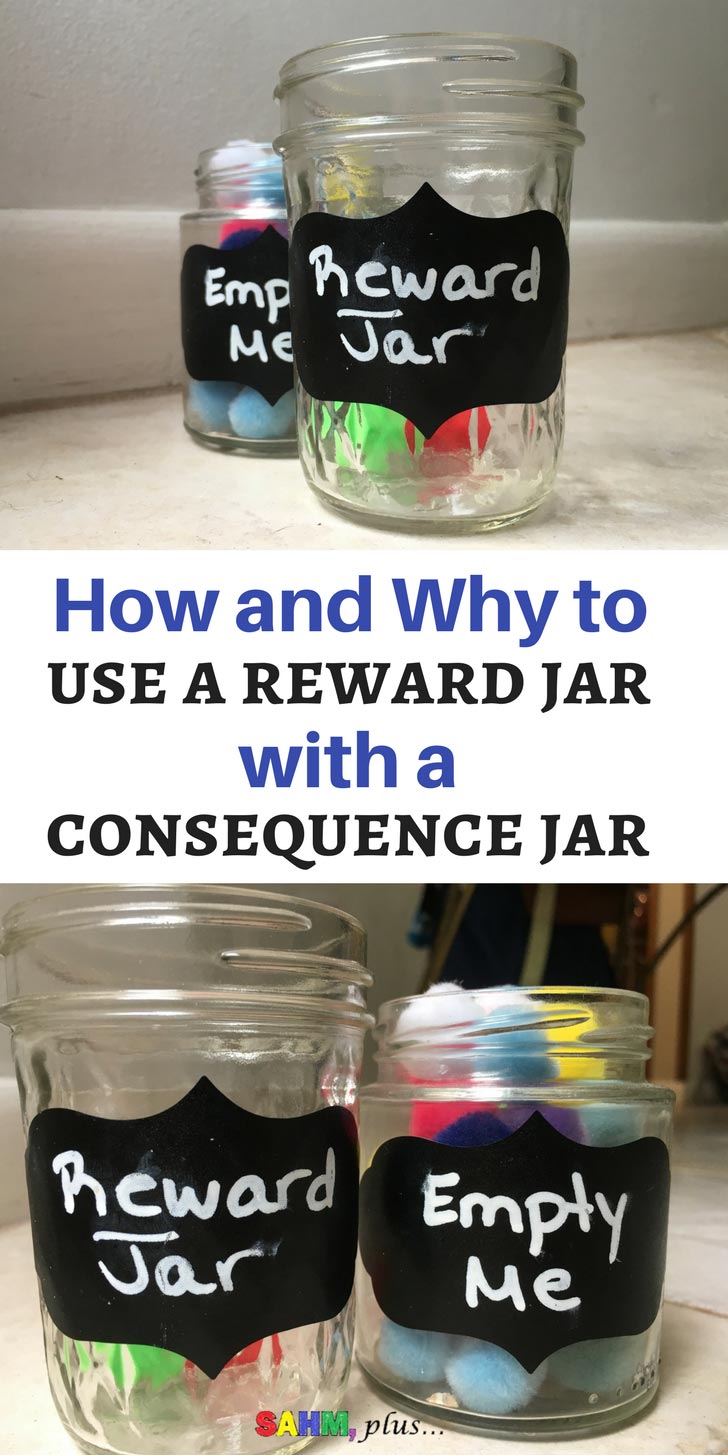 Baby’s Due Date Has Passed: Induction?

Great ideas! What age do you think it’s best to start this? Our little one is 4. Thanks for sharing!

I don’t see why not … you may have to adjust the amount of time between rewards depending on your child, but I think we started this system when my daughter was 4

Hello. I have subscribed and received a password, however, I am unable to access the library. Please help. I am looking for the printable reward and consequences jar templates.

I’m sorry for the delayed response. You should have received a welcome email that included the password to the Resource Library. Be on the lookout for a new email from me to help you log in. Thanks, Ivy