written by Ivy B June 27, 2018
This post contains affiliate links which may earn me commissions should you click through them and take certain actions. As an Amazon Associate I earn from qualifying purchases. See full disclosure here.

Toddlers are prone to making our parenting struggles that much more … fun?!  Just as I became smug about my children’s eating habits, my  son stopped eating.  What I do NOW when my toddler won’t eat dinner.

Smug as I may have been about my daughter eating like a champ, my son came along to teach me a lesson.  It took him some time though.

While he was an infant learning to eat solids, I could feed him just about everything.  Carrots, cauliflower, broccoli, meat, potatoes, and fruits.

There wasn’t much he didn’t enjoy, even if some of the foods were not normally “kid food.”  And, I was becoming more smug.

Two kids who ate everything you fed them and both slept 12 hours a night?  I was a rock star mom!

And then, he became a toddler.  Within days of his 2 year checkup, where I’d proudly reported “he eats everything,” he stopped.  Breakfast remained his best meal of the day and I used many of the tactics I shared to get a picky toddler to eat.  But, lunch time was hit or miss when it came to eating.  And I worried every night when he simply wouldn’t eat dinner.

I spent months complaining that my toddler won’t eat dinner to anyone who had kids and had gone through the toddler phase. 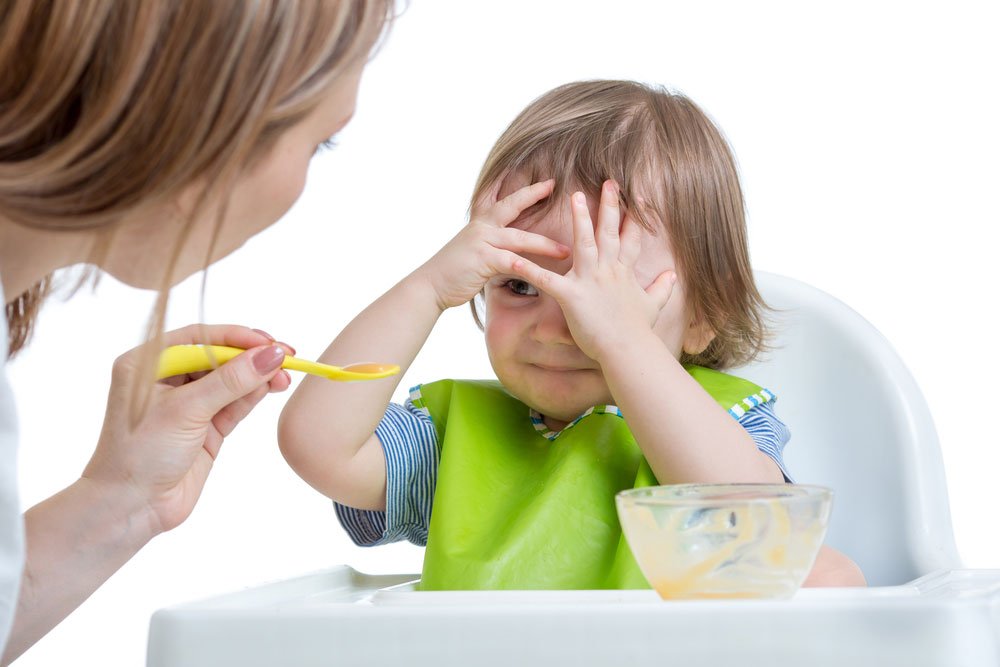 What Works When Your Toddler Won’t Eat Dinner?

As I said, I tried nearly everything imaginable to get my toddler to eat his meals.  When I failed miserably, night after night, I would put him to bed with another empty belly and worried about his health.

Breakfast wasn’t an issue, and I’m pretty sure it was because he was starving from never eating dinner.

I’d load him up on healthier snacks throughout the day – everything from bananas, strawberries, raspberries, crackers, and cheese.  And, I’d dole out those fruit and veggie pouches in an effort to ensure he was getting a variety of foods.

We’d offer up treats if he ate.

I’d cut off snack time early in hopes he’d be hungry enough to eat his dinner.

This dragged on for months and I was nearly ready to throw in the towel.  I began to proclaim my son had become a picky eater and was just about to the point I was willing to feed him anything he requested just so he’d eat.

But then, someone let me in on a secret. 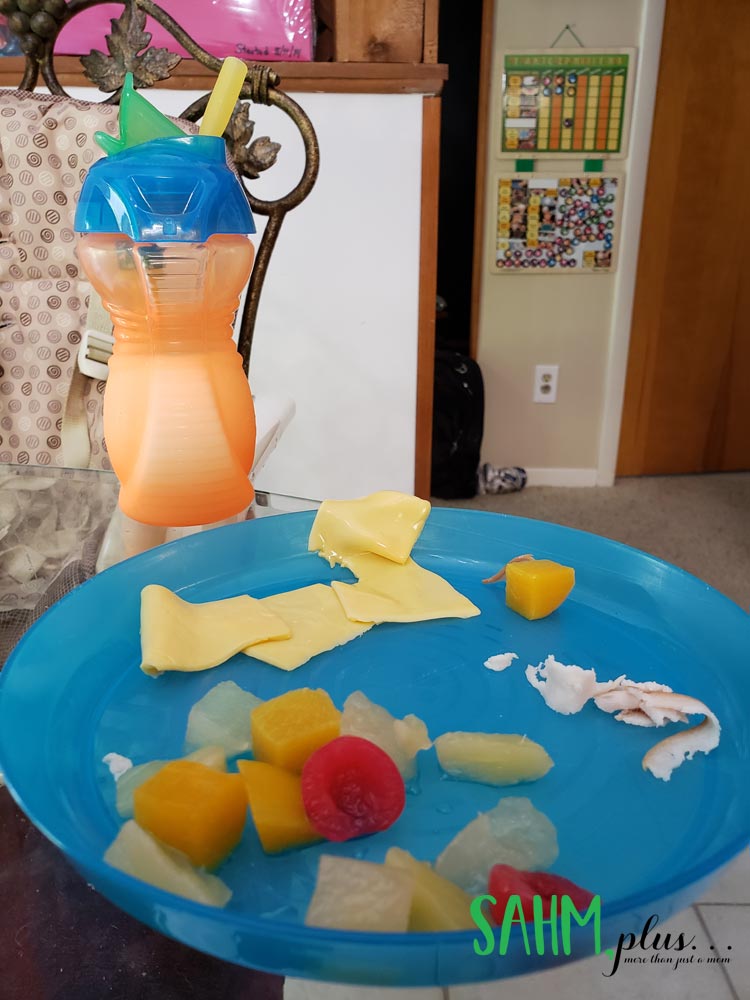 I am not a doctor, so this is not to be construed as medical advice.  This is solely what is working for us when my toddler won’t eat dinner and may not work for everyone.

It’s so simple, I could kick myself for letting this go on so long!

When your toddler won’t eat dinner, put him down and let him run around, play, or watch TV.  Whatever makes him happy.

Then, call him over a ask him to take a bite of food.  Or, in our case, tell him it’s time for a bite.  As he chews, let him run off to do his own thing again.  Give him a minute to chew up his food and request he return to the table for another bite. 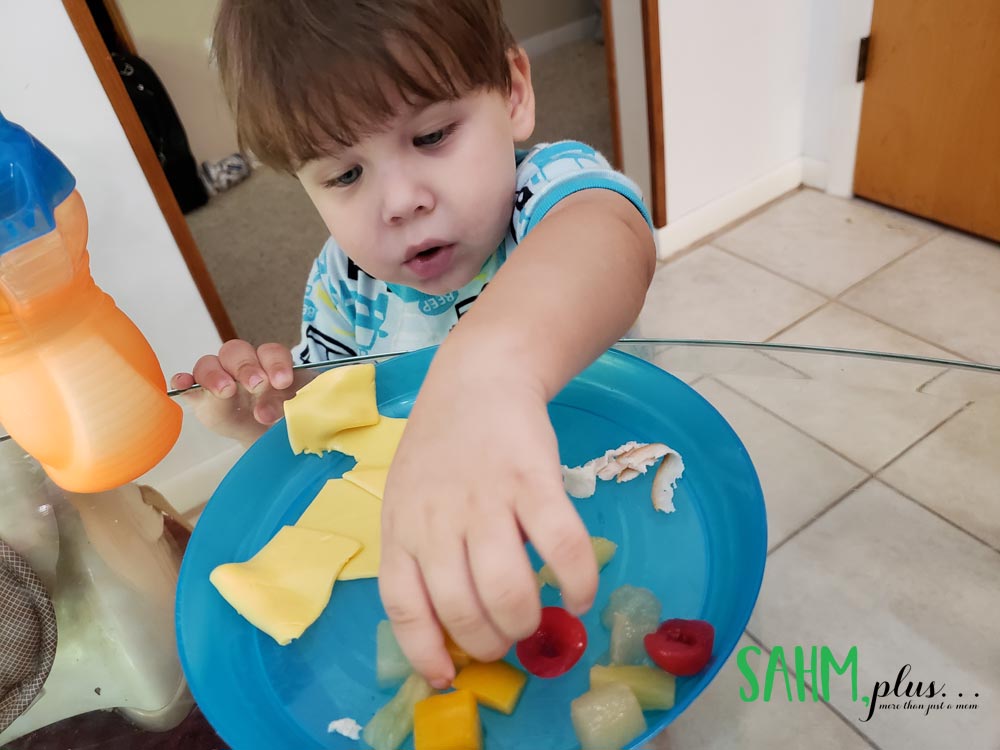 Offer a range of food, just as you would if he were sitting at the table with you.

Maybe your toddler is just too much of a busy-body to sit still at the dinner table.  That’s what appears to have been our problem this whole time.  It wasn’t that our guy was a picky eater, he just wanted to be on the move.  He’s back to eating (or at least trying) everything on his plate.

5 Tips for Toddler Eating On the Run 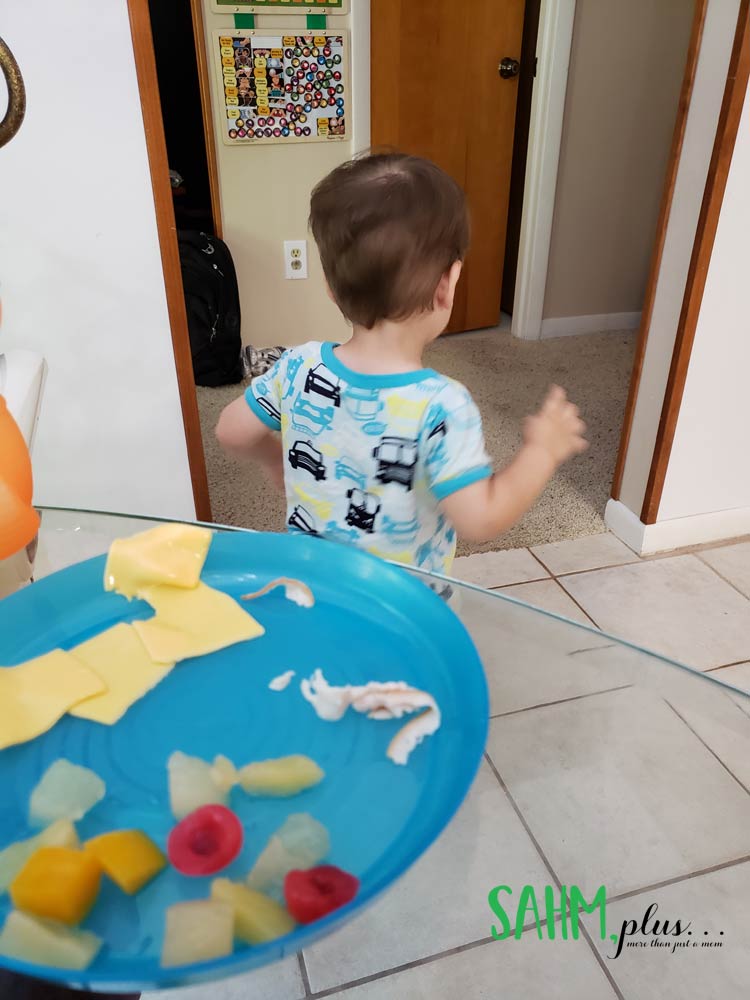 When your busy toddler won’t eat dinner unless he’s running around, keep these tips in mind:

Tell me: what have you found to work when your toddler won’t eat dinner? 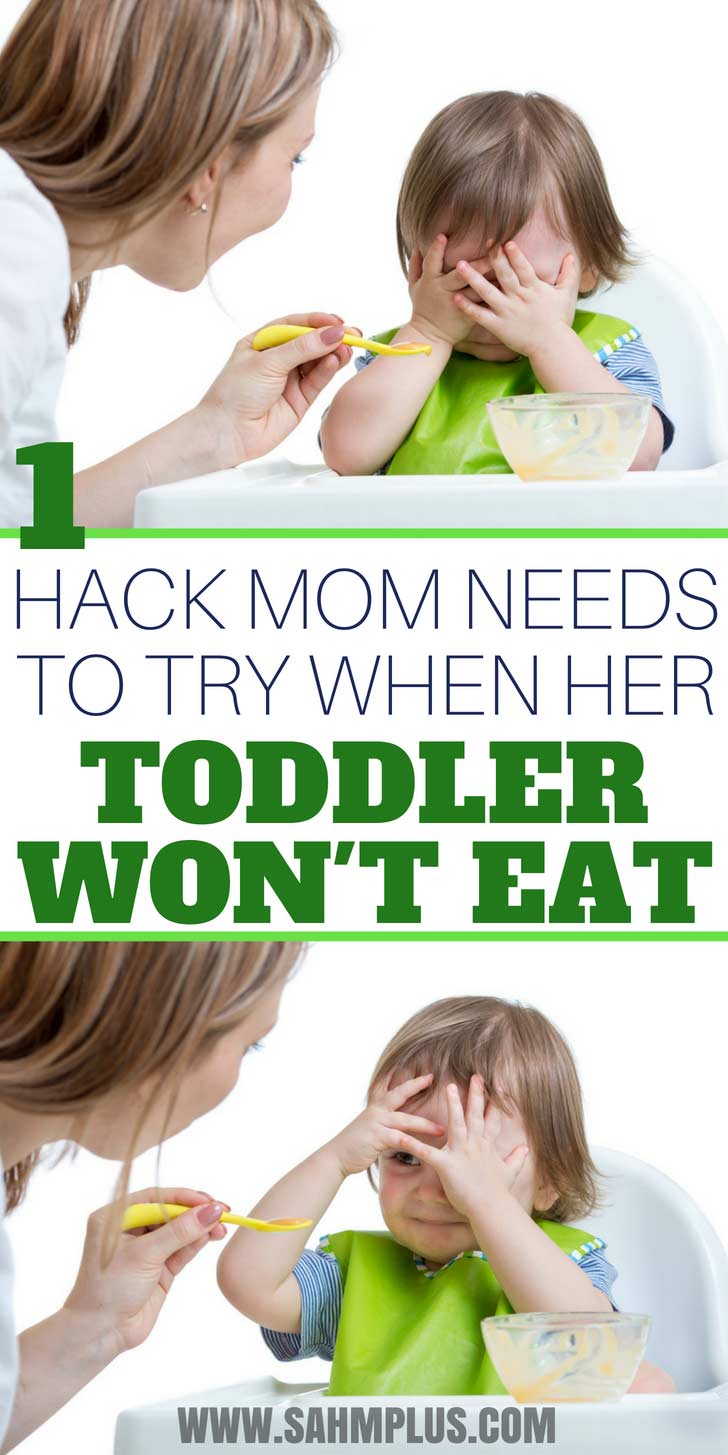 Spread the love
Was this article helpful?
YesNo
Follow my blog with Bloglovin
16 comments

9 Things You Need to Pack for Discovery Cove With Kids

Awesome advice and only wish I would have read this when my own picky eater was still a toddler! 🙂

I can’t tell you how many times I’ve stumbled on helpful advice too late lol. Glad you enjoyed it

We try really hard to keep everyone at the table for dinner rather than running around, but as a toddler mom – there are so many nights where I just want to get food to my kid. I think these are really great tips to help them eat well, and stay safe while doing it!

That’s exactly how I feel. I value our family dinner time, but right now, the toddler just isn’t ready.

Of course, now I realize this has created an issue because he wants to get down in restaurants. *SMH* Eventually this struggle will be behind me!

Once my daughter left the high chair, she was up and down from the table a lot over the next year. She will mostly sit at the table now, but it was definitely a challenge to get to this point.

Mine pretends to hate everything, but he’s not terrible at trying stuff, especially if daddy encourages it. Daddy also has a knack for “playing with his food” to make it more enticing lol

My oldest is 3 and he wont try anything new at all. I am struggling to get him to eat anything but macaroni or pbj.

I don’t know what you’ve tried or what your rules are in the house, but I’ve always made it a point that whatever I make for dinner, everyone in the family eats or they go hungry. Also, it helps that me, hubby, and oldest daughter all eat just about anything, so my son doesn’t see any of us turning our noses up at food.
*shrug* Good news is, it probably won’t be like that forever 😀

This works every time.
I did it with my youngest 3 kids – my oldest never really struggled.
My 4 year old still eats like this. I dish up and she will take ages to eat, she comes and goes. It may not be ideal and we seldom get her to eat if we have a family meal but she does at least eat.

AWESOME! I didn’t have to do it with my oldest either, thankfully. Glad someone else agrees with this method lol

We have been generally lucky with our little guy, but we do have to do this method sometimes. His problem is usually breakfast, I think because he is so excited to start the day and play! It definitely helps with toddler food tantrums 🙂

Ugh, my daughter was way better. I know this will eventually pass, but it certainly does help to alleviate the mom guilt that my son isn’t eating for the millionth night in a row LOL.

We do this all the time. My daughter never wants to stay still she eats on the move. It’s great advice.

I’ve been having the hardest time with my two year old! She is quite the busy body and trying to make sample plates with easy to grab foods has been our trick of the week!

This is such a great idea. Dinner time is always a battle with my little boy. Sometimes we will let him watch a video and then remind him to take a bite. I’ll have to try letting him just run around and see if that will work too! Thanks for the tip!