written by Ivy B October 14, 2014
This post contains affiliate links which may earn me commissions should you click through them and take certain actions. As an Amazon Associate I earn from qualifying purchases. See full disclosure here.

I’ve posted previously that we’re on a mission to potty train.  Each time we’ve been on the mission, I have truly believed that my daughter was ready.  She gets it and she’s completely understood the concept since just before she turned two.  We have some weeks of success and then she quits and we start all over again later. 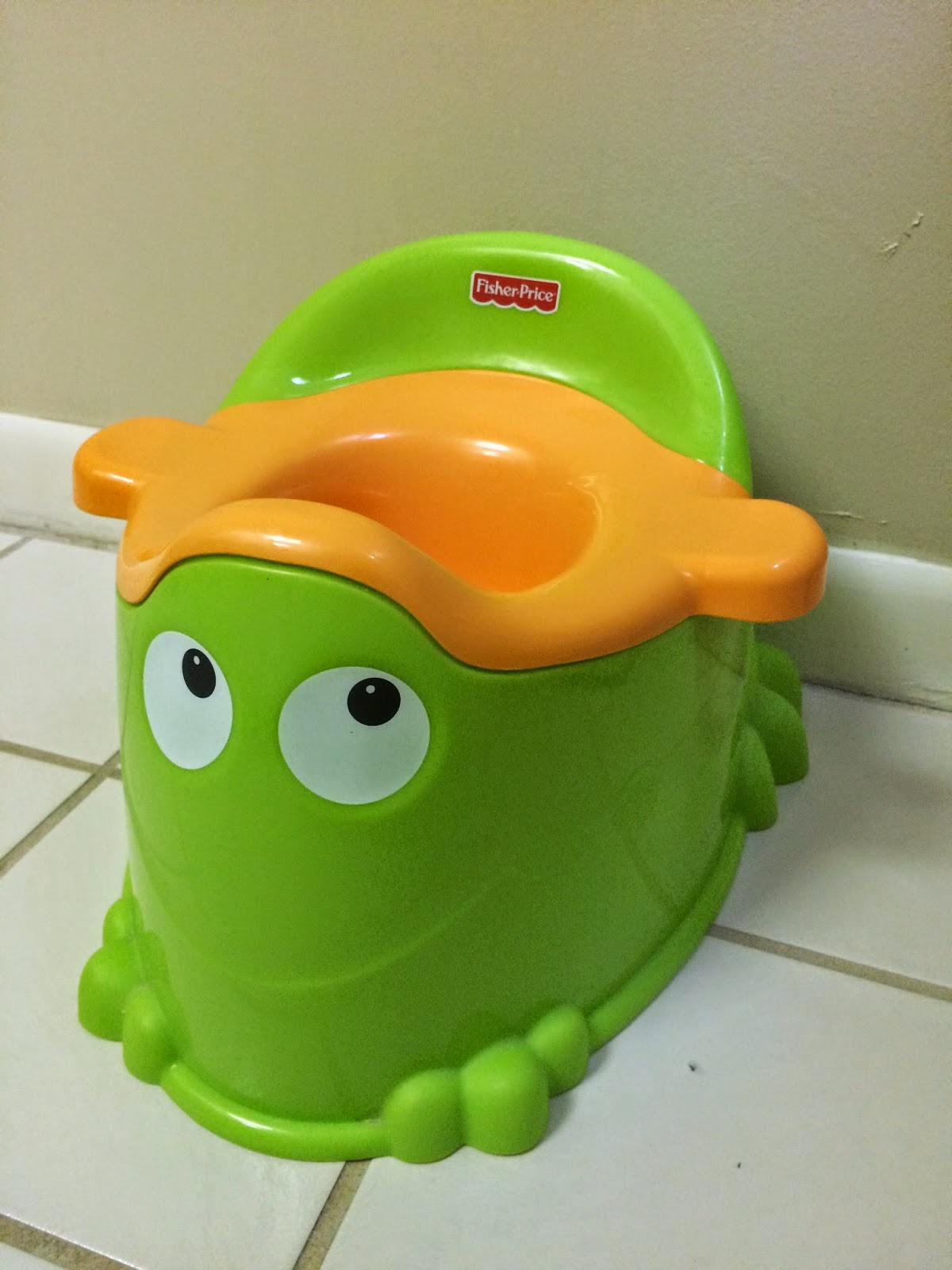 We’re in it for the long haul this time.  Just before turning three, we gave her some big girl panties and made it very clear that it was time to use the toilet for everything.  We’ve continued praise, candy, and treats to keep up the encouragement.  She was excited about wearing big girl panties but we upped the ante by offering a trip to Disney World if she learns to poop in the potty.  Plus, I have a set of Minnie Mouse panties for her that she’s not allowed to wear until she learns to do all of her business in the toilet.

After one pee incident in her big girl panties (and all over 1 cushion of the couch), she’s been on a roll doing number 1 in the toilet consistently.  Accidents have happened, but she’s holding it appropriately and finally got to the point I wasn’t having to remind her all the time.  She picks up and goes when she’s ready.  I’m certain it’s helped that the undies are much easier to remove than her pull ups were, too.

Unfortunately, as much as she understands what’s on the line for doing number 2 in the toilet, we’re still having problems.  I’ve never been so unprepared for anything in my life, but potty training a toddler is frustrating and down right disgusting!

This kid learned to hold her poop for a few days just so she didn’t have to try to use the toilet.  After about 5 days, she was making herself sweaty … and she was just going to continue to let it make her sick so long as I kept an eagle eye on her.  I tried to have her sit on the toilet for a few minutes, but she insisted she didn’t need to go.  And then?  When she knew I was buried in the kitchen starting dinner, she hauled butt upstairs and let go of 5 days worth of crap into her panties.  When I was finally able to go upstairs to start her bath that I promised, I realized what she had done before I saw her because she wouldn’t answer me to tell me where she was.

When I found her, she was hiding around the corner in the bathroom with a monster-sized bulge of crap weighing down her undies.  I don’t know how they didn’t fall off her tiny butt.  I sat there a moment in disbelief.  How was I ever going to get those off her booty mess free?

The answer was, I wasn’t.  I slid them off ever so gently and made sure her feet didn’t touch on the way out.  I was certain I was in the clear, but somehow it all went wrong and I still can’t figure it out.  There was poo on her feet, the bathroom rug, the side of the tub, and smeared on the toilet seat when I set her down.  That’s after I dumped much of it into the toilet.

In retrospect, I should have put her in the tub to do the undressing.  Instead, I gave myself more work.  Live and learn.  I was so completely lost and confused.  I was angry that she knew she was hiding so that I couldn’t get her to poop in the toilet.  Where was the disconnect?  She happily does number 1 in the toilet … what’s so horrendous about number two in the same place?  She can’t (or won’t) tell me either.

So, maybe you can help us?  What are some potty training tactics to get my kiddo to poop in the potty?

We also currently switched up and instead of fighting her on it, we give her a diaper to go in, but she absolutely must do it in the bathroom.  She is not allowed to pee in a diaper since she has that part of potty train pretty well down.  And, I haven’t been able to convince her to sit on the toilet in her diaper to do number two.

What advice do you have?

Connect with Ivy on Google+

Disclosure: To help support this blog and continue to bring you free content, Ivy’s Variety posts may contain affiliate marketing links, receive free products for review, and/or consist of paid or sponsored posts. You will not pay more when buying a product through my link. Please see my disclaimer page for more info.

8 Quick and Easy Toddler Snacks Sure to...

1 Simple Hack You Need to Try When...

Being a Toddler Mom Makes Me Crazy

5 Ways to Encourage Independence and Make Your...

10 Benefits of Visiting the Library with a...