written by Ivy B January 12, 2020
This post contains affiliate links which may earn me commissions should you click through them and take certain actions. As an Amazon Associate I earn from qualifying purchases. See full disclosure here.

At 6, our daughter began crying in the middle of the night, making nights hard, just like parenting a baby!  How did we stop it?  Check out our experiments and find out what worked!

As a baby, my daughter was a terrible sleeper.

The first 8 months were hell for us as we were running on little to no sleep nearly every night trying to console and feed throughout the night.  Even her then “longer” hour stints of sleep, I couldn’t sleep because my body had been trained that she’d go off any minute anyway.

Then, we figured out she was intolerant of dairy and soy.  We made the switch from breastfeeding to hypoallergenic formula and in a few short weeks, she was sleeping through the night.

When I first wrote this, she was 7 years old.

Up until about the age of 6, she continued to be a 10- to 12-hour a night sleeper.  I’d say I considered myself lucky, but it was a lot of work getting to that point.  Still, it was really nice putting her down to bed around 6:30 or 7 pm and not hearing from her again until morning.

But, sometime before she turned 7, we went through a few weeks where she’d wake up crying in the middle of the night.

Just as we’d settle into bed for the night, she’d wail.  If she didn’t interrupt our final show at the end of the night, she was interrupting our sleep within the first hour.

As if that weren’t bad enough, you could go in her room and she’d be sitting straight up looking around as though she’s totally coherent.  But, when you started to ask what’s wrong, she’d mumble or babble and you’d realize she wasn’t really awake.

If you had the audacity to ask her to lay back down to get some sleep, she’d huff and throw her head into her pillow as if throwing a tantrum for having to do something she didn’t want to do.

We had to find out how to get the crying in the middle of the night to stop.  It took us weeks and trying several things to find something that worked for us.

I’m not one for seeking medical advice or prescriptions unless I’ve research and tested things at home and come up without answers or an improvement.

When it came time to put a stop to our 7 year old crying in the middle of the night, I approached it the same way I do everything else.  Try to add or eliminate things that make sense before seeking medical treatment. 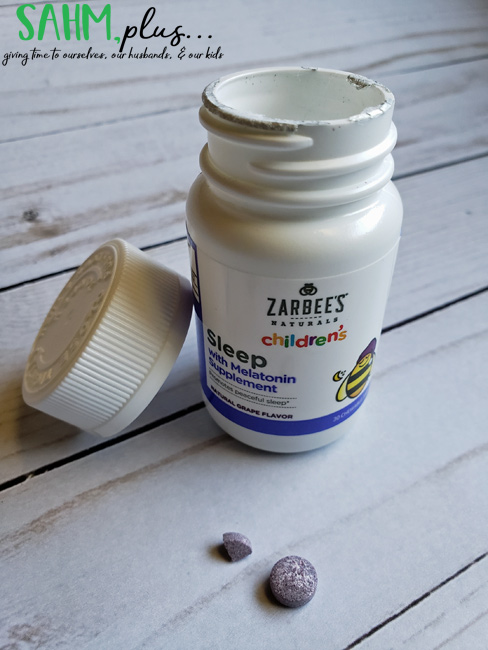 You may be wondering is melatonin safe for kids?  The truth is, we’re not exactly sure, but we’d been given the okay by her pediatrician, but we were also instructed to wean her off and not use it long-term.

Melatonin is designed to help one fall asleep faster and stay asleep.  And, while your body naturally produces melatonin, I don’t believe we should rely on a pill just because it mimics our bodies’ natural hormones unless we medically have to.

So, we tried melatonin at night again, but we only used melatonin specifically designed for kids ([easyazon_link identifier=”B06XTGLWNC” locale=”US” nw=”y” nf=”y” tag=”ivsvabasaan0a-20″ cart=”n” cloak=”n” localize=”y” popups=”n”]this is the one we rely on[/easyazon_link]).   We cut the low-dose melatonin in half (or quarters), because that makes me feel better.

Not really.  We’ve found melatonin useful in situations where the kids can’t shut off their brains (like when we’re on travel), but that at home, it’s no more effective than if she’d spent the day playing.

Our daughter continued crying in the middle of the night despite melatonin helping her to settle down to sleep more easily.

Turn down the music

We let our daughter listen to music at night, but she’s always done that.  It seems, however, she’d been increasing the volume at night, so we instilled a rule that whatever we set the volume at for the Google Home in her room, it had to be left there.  If she messed with the volume, we were taking it out of the room.

Our assumption was that something in a song would wake her from sleep, so a quieter setting would likely help.

Nope.  There was no change in the regularity of waking in the middle of the night crying. 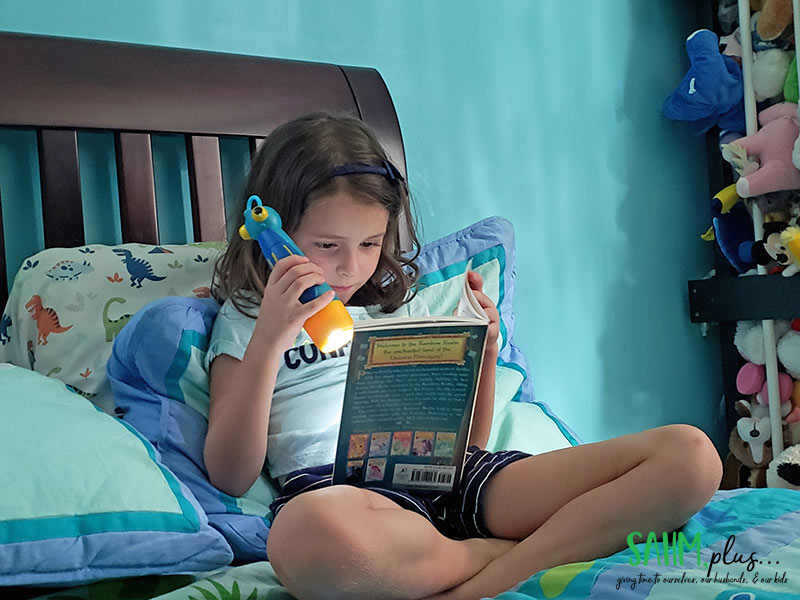 While we always read to her before bed, we wondered if having her read to herself would help her body and mind settle down.

I know that reading at night makes my eyes heavy, so I figured we’d let her try it too.

While it did help keep her in bed not running around playing, it didn’t improve the quality of her sleep and she continued crying in the middle of the night, she at least stayed in bed and relaxed.  Way better than her running around the room or sneaking into the bathroom to clean because she “wasn’t tired”.

This final attempt came with tons of rejection from the family.  My husband knew our daughter was going to cry when I told her there would be no electronics after dinner.  Plus, it meant we would have to entertain the kids a little more, whether or not we were feeling like it.

My daughter, of course, rejected the idea because she was straight up hooked on YouTube videos.

Knowing what we know about the ways technology affects sleep, I stood my ground.  I figured, the worst that could happen was I’d have upset everyone for something that didn’t work.  But, I was desperate for my daughter to stop crying in the middle of the night!

YES!  From the very first night and every night thereafter, our 7 year old hasn’t been waking up crying in the middle of the night.

Tell Me: Have you had a problem with your child waking up crying in the middle of the night?

5 Tips For Nurturing A Newborn Baby

Sleep trouble isn’t just an adult problem; kids have trouble getting to sleep, too. And they usually keep their parents up with them! Bedtime can become a battle when little bodies. Here you gave lovely tips for my kid .love the post

I am facing this problem with my little daughter. My elder son also done this but i could have managed him in my way. But my little daughter i just helpless. I found something new in this post. love it. hope it would work! tnxs for sharing.

No one way will work for every kid, that’s for sure. Hope you found my tips useful.

4 ways you share very well. I have applied and quite effective. Thanks very much.

Thanks for sharing the great 4 tips for a perfect sleep. Yes, the moms are so worried, if their child won’t sleep at night. Or suddenly the babies wake up in the mid-night. I think the moms must apply your 4 tips to their kids.