My Son’s First Haircut: The Day Our Lives Flashed Before My Eyes

written by Ivy B April 3, 2017
This post contains affiliate links which may earn me commissions should you click through them and take certain actions. As an Amazon Associate I earn from qualifying purchases. See full disclosure here.

After dropping my daughter off to school, I drove through Starbucks to kill some time before my son’s appointment.  It was going to be his first hair cut.  At least, the first hair cut that mommy didn’t do.

I had tried a couple times to tame his hair, but butchered it once and decided not to try again.

Have you ever tried to cut a wiggle-worm’s hair?  It’s really scary and downright impossible to do alone.  It’s a really bad idea!  So, the day before he turned 15 months, he went to the hair salon.  It was a day we’d all been anticipating. 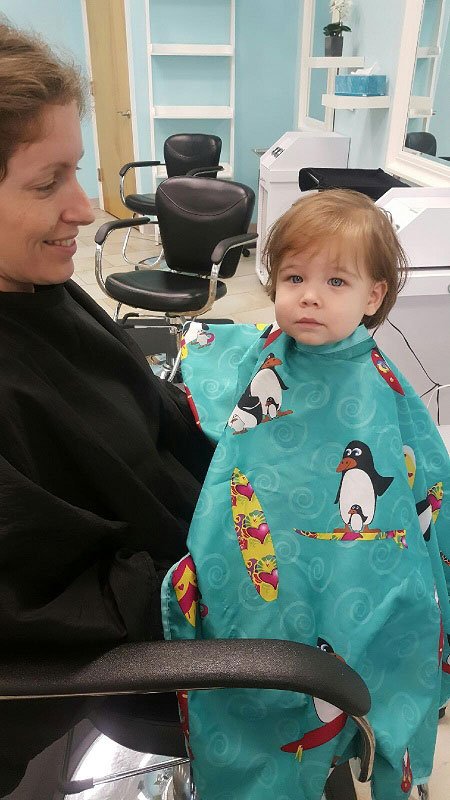 As the stylist snipped and buzzed, I tried to entertain my wiggly son.  His baby fine hair slowly fell around us.

When he began to whine and suck his thumb, I had to find ways to keep him entertained while simultaneously keeping him still.  He was becoming impatient and tired as his nap time crept past us.

We were covered in his hair.  All the hair that made him appear to be a girl.  And, I was looking forward to not hearing “she’s so pretty” from strangers any longer.

When the stylist was nearly done, I looked at my son.  His short hair now opened up his face, making his bright blue eyes stand out even more.  His cheeks seemed ever so much more chunky and edible.

I confess, I felt a sudden sadness.  Looking at my boy, I realized not only did this take away his feminine look (which I’m grateful for), but he also no longer looked like a baby.

I was staring at a young boy. 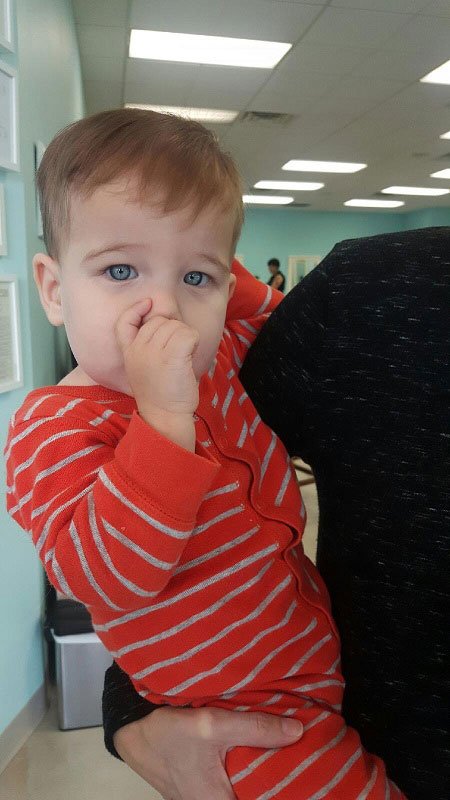 Some of the tiny hairs made their way around my son’s jaw line and chin.  I saw a glimpse of my young boy as a man.  He was so handsome.  Mothers of girls, be warned!  The stylists were all commenting on how handsome he was.  “Lady killer” I heard one say.

When the stylist was finished cutting, I asked her to quickly wipe away the faux stubble.  It was too much for me to take.  Instantly, he was a toddler again.

Preparing my son for his nap, I realized this was the defining moment!  The moment I had to come to terms with no longer having babies.  That was it!  His infancy  had fallen to the floor with his hair, and I was left with a little boy.

It all happened so suddenly.

My daughter is nearing 6 years old, and just behind her my son will turn 2.  I’m not even sure where all that time went!

They were just babies!

Before I know it, my daughter will be in college and my son will be a high-schooler.  And I’m certain I’ll feel this strange sense of pain again.  A mama’s pain of realization that her babies are growing up.  One day they won’t need me like they do today.

They were just babies!

Maybe those days will bring me back to their first hair cut or first birthday parties.  I’ll remember when I thought I’d lost my babies then.  Perhaps I’ll laugh at myself … because what did I know then? I mean, I’m about to lose my babies to the real world.

What about when they’re both married and have children of their own? I’ll know no greater pain (or joy) as my babies are certainly no longer babies.  Everything else may seem so trivial when I get to this stage.  I can only be there for them so much without meddling.  What in the world was I thinking back then?  They were still babies!  THIS… this is when I no longer have babies!

I suppose every new phase in our lives will be another moment I feel my babies are no longer babies.

But, I must remember that they will always be my babies! 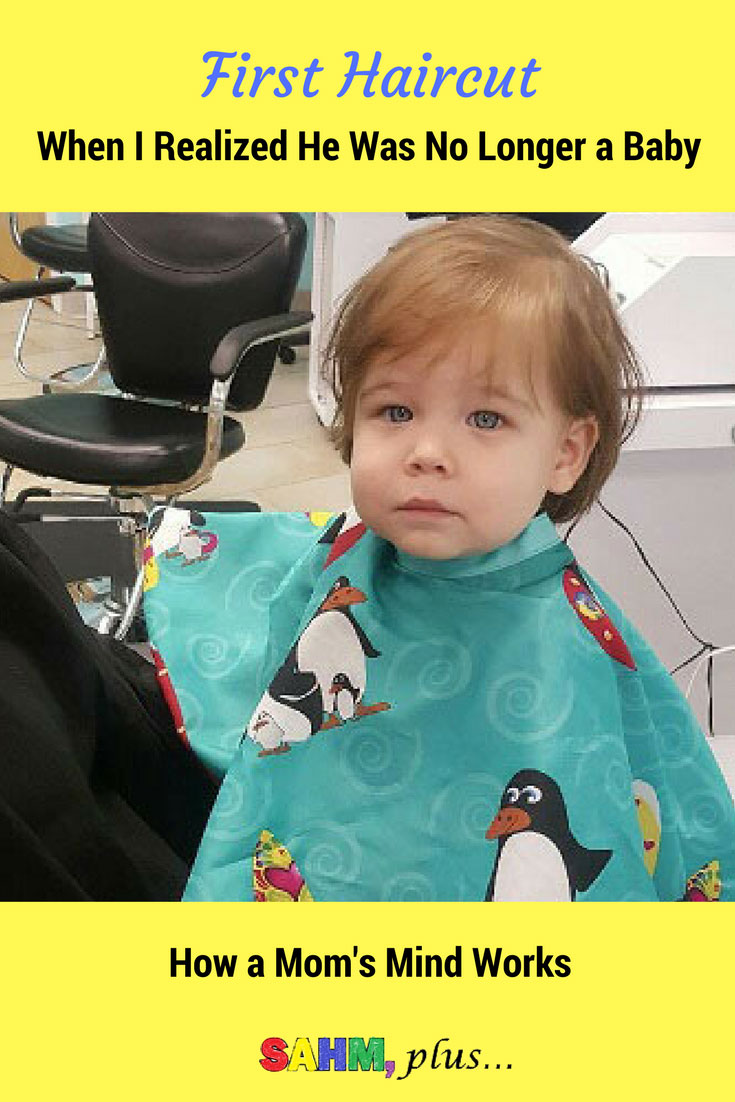