written by Ivy B August 22, 2018
This post contains affiliate links which may earn me commissions should you click through them and take certain actions. As an Amazon Associate I earn from qualifying purchases. See full disclosure here.

Why do babies need naps?  Having a baby sleep and nap schedule was just as much to my benefit as it was theirs.

Why do babies need naps?

I went into having our first baby believing she wouldn’t change much about our daily life.  And boy was I ever wrong.

I’d pre-determined that I would be spending the day running around town doing whatever it was I wanted, whenever I wanted.  Aside from basic schedules (like bedtimes and meal times), I wasn’t going to be stuck at home on anyone’s schedule but my own.

Despite my feelings on naps and schedules, we ended up doing exactly the opposite.  We kept nap times sacred!  That meant I ended up stuck at home a lot.

I realize we got the short end of the stick when our first baby was intolerant of dairy and soy.  That came with its own set of problems that most people didn’t seem to understand. Our second baby was difficult in different ways.  Lucky us … two high needs babies!

Our babies had other ideas about schedules.  And, they dictated their bedtimes and nap schedules.  It’s one thing I had to learn I truly didn’t have control over. 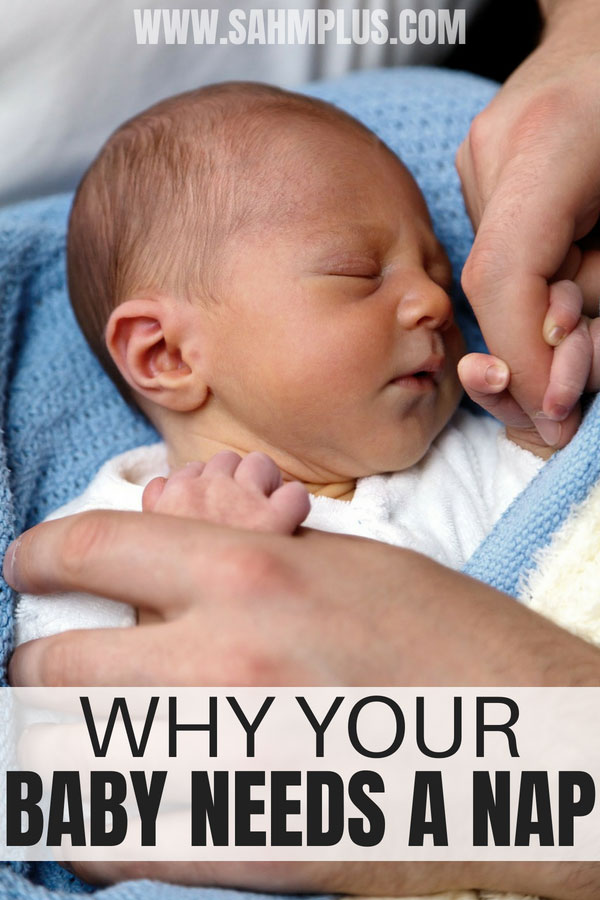 Both babies absolutely could not miss their naps or be late for bedtime, lest we suffered the consequences.  Neither were easy going and happy when they were late for nap or bedtime and lets us know in no uncertain terms.

I loved that they had obvious signs they were tired.  It made it fairly easy to get them down for a nap, so long as I was paying attention.  But OMG, when and if I missed the boat … !!!!!

Neither of my babies fell asleep out of the house, either.  I mean, they might have a rare instance when they just couldn’t keep their eyes open, but those were few and far between.  And, the naps were usually only a few minutes.  Just enough to get them ramped up again.

Why Do Babies Need Naps?

Here’s one of the times my youngest fell asleep out of the house!  We’d spent the day outside riding around and he was exhausted.  Even then, it required me to hide so that he couldn’t see me so he could finally go to sleep.  And, it was a short 20-minute nap… not long enough for me to sleep either. 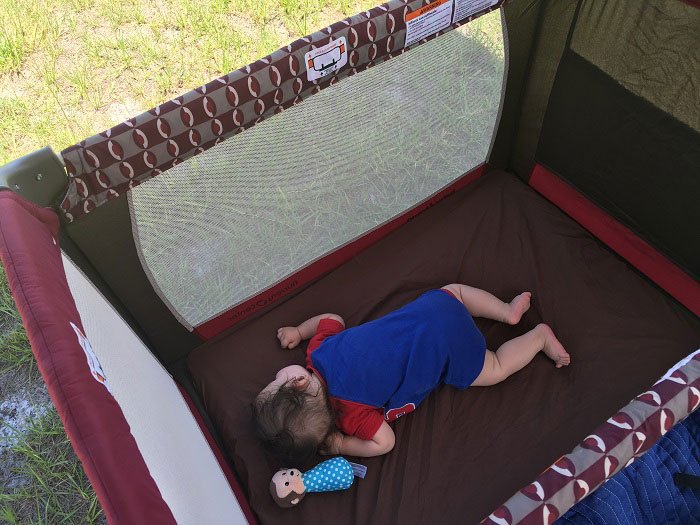 At home, however, my babies could really sleep.  It’s like they weren’t afraid of missing out on much.

If babies aren’t getting enough sleep (that’s between night and day bedtimes and naps), your baby will become irritable and fussy.  Honestly, they can become pretty unbearable.  I mean, ask any new parent going through the witching hour.

Once a baby is overtired, they’re pretty inconsolable and much more difficult to get to sleep.

So, really, why do babies need naps?  You’re warding off the fussiness with appropriate bedtimes and frequent enough nap times for your baby’s age.

“After studying over 200 young children, researchers have concluded that daytime naps of 30 minutes or more help infants to retain and remember new behaviors, adding that bedtime stories are invaluable for a child’s development.” Science Daily

Have you ever gone to bed feeling like you hadn’t grasped a new concept, but woken up feeling more confident about it?  There’s something to be said about what your subconscious can do for your cognition.

A baby who sleeps is a baby who is learning.

And, if you’ve ever noticed how much more tired your child is after being exposed to something new, it’s because their little bodies are trying to process it.

Babies are growing rapidly during the early years, and not just their brains.  Their physical development requires them to sleep more … just as it does anyone of your kids going through a growth spurt.

But, in the end, I know sacred nap times are essential to my babies’ well being and for us to have a pleasant day.

Believe it or not, letting your babies dictate when they need a nap during the day (but before they’ve become overtired) will actually help you get baby to sleep at night much easier.

Though it sounds counter-intuitive, the better my babies slept at nap time and were allowed to awaken when they were ready, the better their nighttime sleep became.  Their little bodies learned to get into a rhythm that just worked, naturally.  And by not fighting their natural sleep cues and just letting them nap when they needed, they became 12-hour a night sleepers pretty quickly.

If you have trouble with this concept, always try to remind yourself how difficult it is to get yourself to sleep when you’re overtired.

It’s a Break for Parents

As a stay at home mom, especially, baby naps were the best time for me to catch up on housework.  As a new mom, it was also the perfect opportunity to sneak in a quick nap when my babies weren’t yet sleeping through the night.

Don’t forgo naps even if it’s simply to have an hour to decompress and get in a little time for self-care or even do something good for your marriage.

Admittedly, I’ve gotten jealous of the fly-by-the-seat-of-the-pants parents.  Those who don’t have set schedules.  I’ve, at times, felt as though we missed out on quite a bit.  It kept us from forging friendships with families whose kids were the same ages. (Although, in retrospect they may not have had the time either if they were on a schedule).

And when thinking about it that way, I wonder if other babies are losing out on essential sleep??  I know research suggests many infants aren’t getting the recommended amount of sleep these days – so how many people do I know whose babies/children fall into that statistic?

Tell me: why do babies need naps, in your mind?  Or, do you think it’s a myth?

I’d love to hear from you about your experiences with naps and bedtimes for your babies.  Is your baby easy going? Or do you find it necessary to stick to a sacred nap schedule to keep the peace in your house?

12 Awesome Benefits Of Breastfeeding For Baby

How We’re Trying NOT to Raise an Entitled Child

How To Get an Overtired Baby to Sleep

How To Survive The 4-Month Sleep Regression

11 Terrific Tricks You Need to Get Baby...

[Video] How To Get Baby To Sleep Through...

6 Of The Most Important Baby Sleep Products

[…] weighs more than one of the kids, killing my shoulders in the process. 4) I didn’t have to plan around nap times. (Although occasionally taking one myself is nice.) 5) Not having to share my food. I love food and […]

Ivy, great info on why baby should nap!

My 12 week old is settling into a routine and is now pretty predictable, if he gets his long afternoon nap, he will sleep for 8 hours at night. If it’s interrupted, he wakes up every 3 hours, so needless to say the nap is the priority!

I’ll be interested to see how it changed as he grows, I’m trying to write it down now as you forget (he’s my 2nd child).

Have a great night!

Naps are blessing for parents! I cannot imagine getting through the day if my baby wouldn’t nap. In the first weeks it’s pretty much all the time that you have! I remember taking the sleep training (HWL from http://www.parental-love.com – very good one!) then the naps were even longer! That was the great great time.

[…] Why do babies need naps?  Well, for one, letting your baby fall into a natural nap routine will teach him/her to trust when their body is tired. […]