written by Ivy B January 21, 2015
This post contains affiliate links which may earn me commissions should you click through them and take certain actions. As an Amazon Associate I earn from qualifying purchases. See full disclosure here.

Okay, I HAD to forgo Paleo for Reese’s.  I miss peanut butter cups and sometimes one needs a motivating treat for all the hard work trying to live a healthier lifestyle.  While I couldn’t get 100% verification that Reese’s Spreads is gluten free, I read the ingredients label and didn’t see anything that would indicate having gluten in it.  I was excited to receive this product to review for an Influenster campaign.  If you are highly gluten intolerant, or have Celiac, do not misunderstand … I am not positive of the gluten contents and you must read the label and do your due-diligence to determine if the product is right for you.  I have determined that I should be safe.

*Disclaimer: I have received this product complimentary in exchange for my honest review.

On a day that I received some not so great news about my health, I also received my Reese’s Spreads VoxBox from Influenster.  I sat down to a slice of toasted gluten free bread and slathered on a “healthy” serving of chocolate peanut butter goodness and instantly forgot about my bad news.  It’s amazing how not so healthy treats can do that for me.  Sometimes it works almost as well as an alcoholic beverage might. 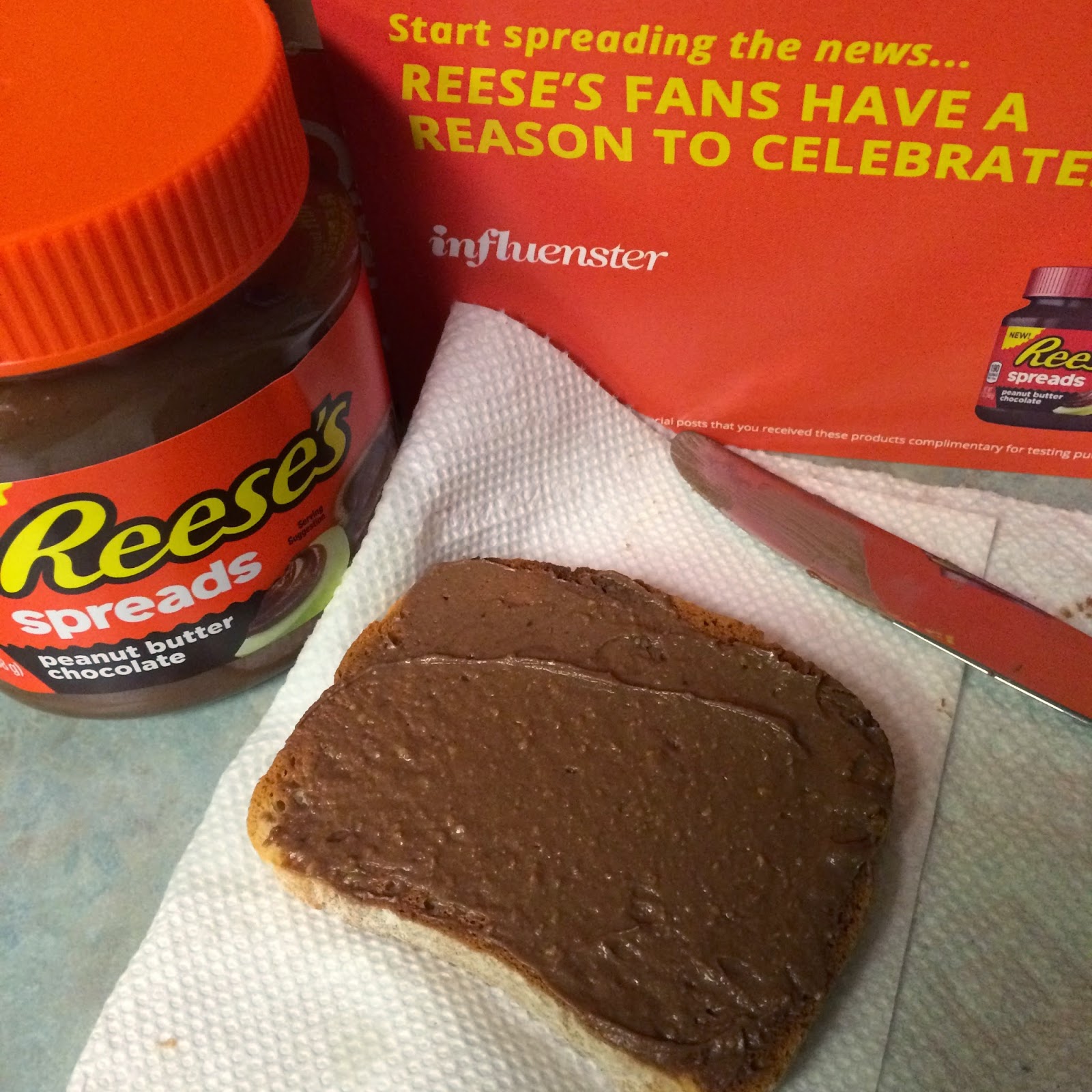 I found this product to be instantly satisfying, though also terrifyingly addictive.  Shortly after finishing my toasty treat, I sliced up an apple and slathered on more.  While this was yummy, I think it was too much sweet on a sweet red apple.  I might suggest trying it on a green apple instead. 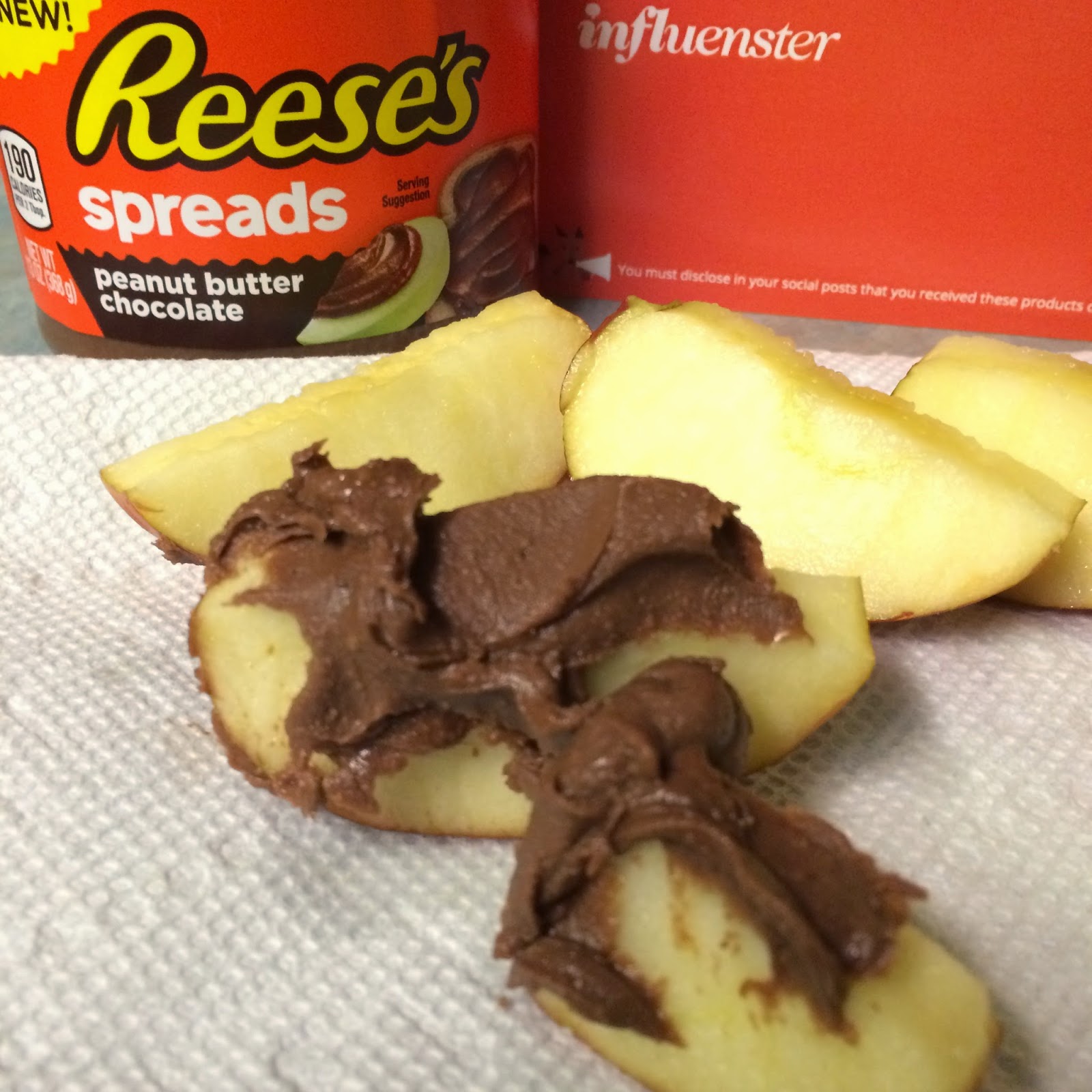 I’m doomed!  I need to avoid milk and soy, and peanuts aren’t Paleo either, but its goodness continues to call me.  Seriously, it was one of those days that I felt de-motivated to eat healthy.  It’s a losing battle, right?  Okay, back to reality.  No, it isn’t a losing battle, but I do have to promise myself that an occasional “bad” treat will keep me from burning out completely on Paleo.  That’s hard work, and an occasional reward like Reese’s Spreads isn’t going to kill me.

On the other hand, having it in the house could be far more tempting than “an occasional treat.”  Luckily I’ve got friends with kids … I’ll have to have a taste-testing play-date to destroy the evidence that it ever existed.

So, what are some ways you can think of to use Reese’s Spreads?  Here’s some ideas I have:

* On toast
* In a milkshake (plus bananas)
* On apples
* On celery (instead of just peanut butter), maybe with some raisins
* On banana bread muffins as “icing”

Another New Years Resolution: Clean and Organize the House

Hey Baby! An Adorable and Informative Book About...

What Kids Really Need to Know About Making...

Warning! You Need to Know These Truths About...

Using the Gold Fever Package with Your Family...