written by Ivy B November 2, 2020
This post contains affiliate links which may earn me commissions should you click through them and take certain actions. As an Amazon Associate I earn from qualifying purchases. See full disclosure here.

I love my kids, but parenting is hard work.  These are the things that make being a parent kinda suck.

At school orientation, I yelled at a mother for getting in my way, preventing me from following the teacher to the classroom.  I’ve never met this teacher and I had no idea where the 2nd-grade classrooms were.

Shortly after, I realized that mom was not only lost, she was headed to the same classroom I was.

It was a “doh” moment for me.  One for which I apologized profusely.

Her plan to leave her 2.5-year-old with a sitter had fallen through.  She was falling apart and I’d been the exact person I would have hated, had I not been fortunate enough to have someone watch my own 2.5-year-old.

I knew precisely how she was feeling.

Overwhelmed by dealing with the true necessity of getting through orientation while understanding the expectations of the new teacher.  Still, having to simultaneously wrangle and keep at bay the monster any 2 year old can become for the various logical and illogical reasons they do so.

Guys, parenting is hard work.  Not that we go into it completely naive, but it’s usually more demanding than we can comprehend until we’re in the midst of it. 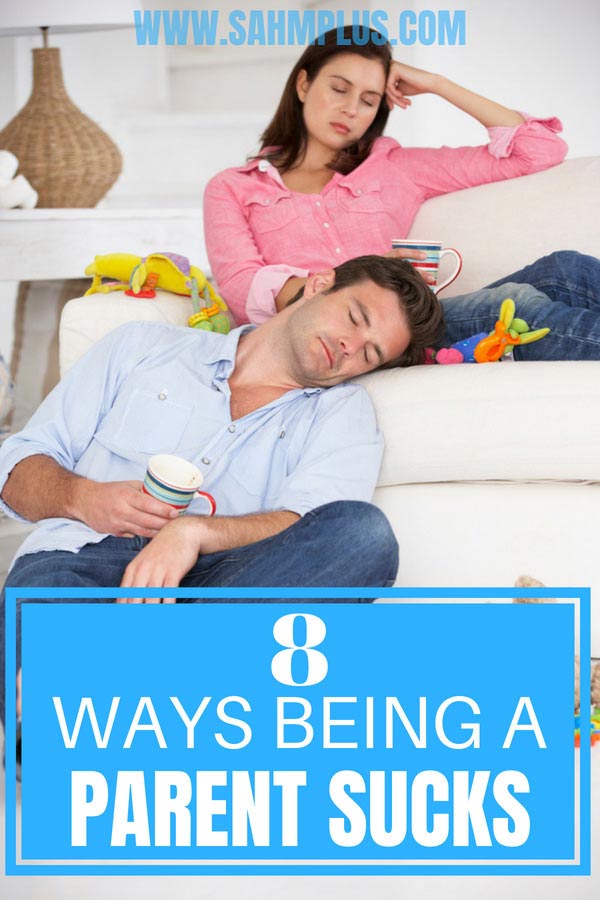 As a mother with two strong-willed children, I can vouch that parenting is much harder than I’d ever have expected.  There may even have been days I’d thought having become a parent wasn’t a good idea.

If you’re being honest with yourself, you’ve had those days,  too. 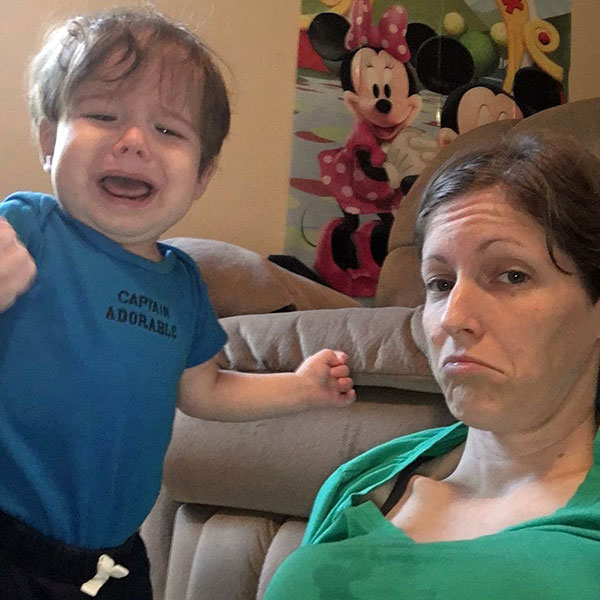 Why is this kid crying again?!

I don’t care how many books you’ve read or that you’ve taken a parenting class, there’s no way to prepare for actually being a parent.

And whatever parenting style you believe you’ll be is totally going to change because of your children’s personalities.

Heck, you may even find that you have to adopt different parenting styles for each of your kids … because what works for one won’t usually work for the other.

Hello!  I’m a parent of a picky eater after having one who eats everything under the sun!

Parenting is hard work because there’s a learning curve.

And then, it’ll change for a new phase just when you think you have it figured out for this one.

In this era, parents are under constant pressure to do more.

And, it looks like you don’t care if your children aren’t involved in more than one after school activity.

Parenting is hard work because we’re over-scheduling our lives based on societal pressures and feelings of inadequacies.

We believe we’re supposed to be super mom based on what we believe about other moms.  Comparing ourselves without the whole story is a bitch.

There are always surprises

No matter how much of a planner you are, there are always surprises.

If your kids are anything like mine, you’ll plan a vacation or short trip and one of the kids will get sick every damned time.

It’s so bad, you almost plan that it will happen and you start taking the travel insurance out, which is something you never would have considered before.

Parenting is hard work because you just can’t plan for all the surprises.

If it’s not one thing, it’s another!

Guys, I choose not to vaccinate my children for the flu.  I don’t do it for myself because I choose not to be injected with a substance that isn’t guaranteed to be effective for the flu strain that year.  I’ve known plenty of people who’ve gotten sick from them, so I stay away from them.

The one year I let my mom guilt get the better of me, I caved and allowed the pediatrician to give my daughter the flu vaccine.  And, she got sick from it.

I was doomed because I was going to feel guilty one way or another.

Parenting is hard work because you’re likely to feel guilty about a subject, regardless of your stance on any particular subject or instance.

I’m talking about things we do all the time… but we feel like we can’t tell others about it.

You know … things like letting the kids watch too much TV, feeding them McDonald’s because it’s easier, or yelling at the kids because we just can’t control ourselves anymore.

Parenting is hard work because we’re not confessing “our sins.”

We’re making ourselves feel like we’re the only ones going through a rough time.

And by remaining silent and keeping it to ourselves means we’re making it hard for other parents, who probably are feeling exactly like we do but won’t share because no one else is.

Confessions From A Mom Afraid To Breastfeed

Feeling As Though We’re Judged

Haven’t you ever felt like you’ve been inundated with parenting advice you didn’t ask for?

You’ve either been questioned by family or friends why you do things a certain way.  And some of us have to deal with grandparents who undermine our authority because we’re doing it wrong.

We’re judged for our birth choices.

We’re judged on our feeding choices.

Sometimes we feel judged, but it’s our mind feeling guilty and people may not actually be judging us.

Parenting is hard work, sometimes because we put too much stock in what others think about our parenting skills.

We’re not 100% certain and we’re letting others get into our heads. 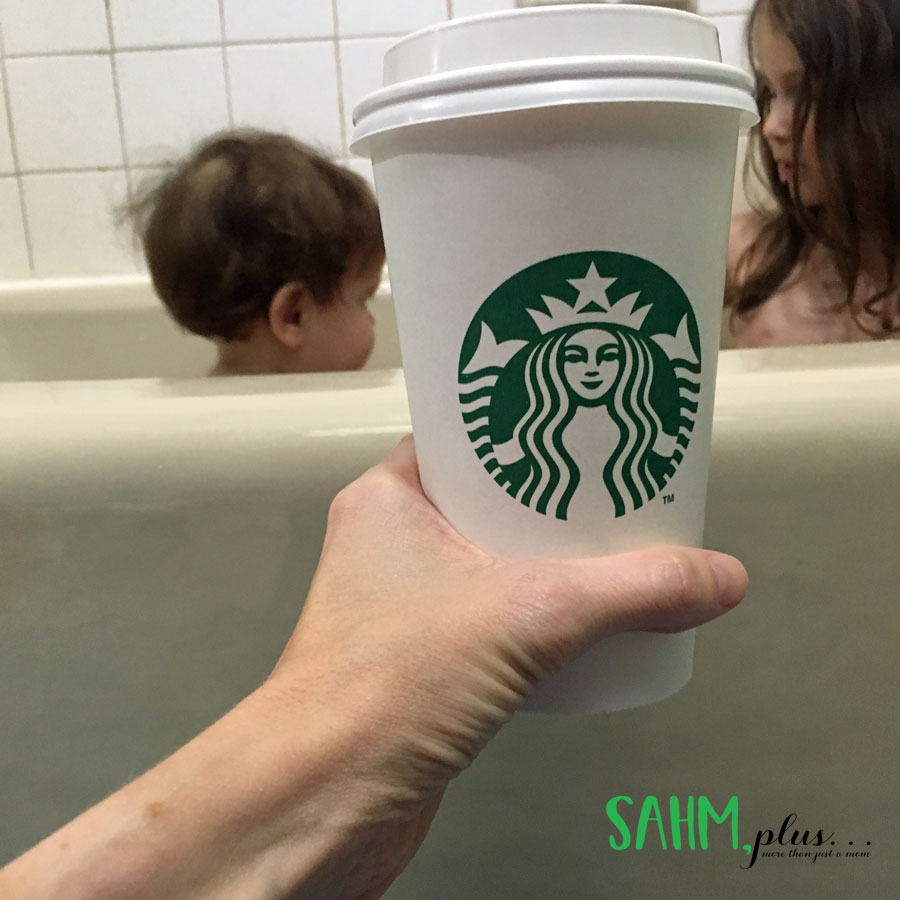 We Don’t Give Ourselves Time Off

The first time I became a mom, I struggled with the idea of having time to myself.

I felt guilty for taking any time away from my first baby to get out of the house for myself or have someone watch her to have a date night with hubby.

Parenting is hard work if we’re not giving ourselves time to decompress and treat ourselves as individuals.

When we give to ourselves and our spouses, we’re rewarded with everyone feeling more fulfilled.,

We’re Pulled in So Many Directions

Once we become parents, we wear tons of hats.

We’ve got obligations mixed in with all the things we want to do.  We’ve got personal goals and goals for our families.  And what we may prioritize can easily be changed on a whim because other priorities naturally take over.

If I don’t make every effort to organize our family schedule, I can become overwhelmed.  And an overwhelmed mom is like a captain sinking a ship.

Parenting is hard work if we’re not organizing our schedules and keeping our minds as clear as possible.

Being a Parent Sucks Because …

We have unrealistic ideas of what parenting should be like.

We have expectations of our children and of ourselves … and things rarely go as planned!

Kids will be kids and we’re doing our best to raise them to become productive members of society … someday.

We have to teach kids to control their emotions, have manners, and not to overindulge in unhealthy habits (food, electronics, etc).

We have to do all this while being judged by other moms and sometimes family members.

Of course, the kids aren’t going to make being a parent easy, are they?

It’s great to recognize the why before we can understand how to make things a little easier on ourselves.

What Do You Do About It?

So, how do you make being a parent less of a drag?

Let go of the vision you had of being a parent.

Do what you need to do to survive.

But don’t forget to take some time off and have a good time!