Elf on the Shelf is an Epic Parenting Fail

written by Ivy B January 5, 2015
This post contains affiliate links which may earn me commissions should you click through them and take certain actions. As an Amazon Associate I earn from qualifying purchases. See full disclosure here.

It’s that time of year again.  Am I the only one that finds the Elf on the Shelf is an epic parenting fail?  I don’t have the conviction to back up threatening no presents from Santa when dealing with difficult behaviors this time of year.

I was sitting working on my blog and registering for sweepstakes one day during my daughter’s quiet time.  It’s time I get to use to be productive or have a break from the insanity.  One particular day, just a few days before Christmas, I was thinking of all the presents I still have left to wrap, and then I began to think about our Elf on the Shelf tradition.

The idea behind Elf on the Shelf is that she’s supposed to report the kiddo’s behavior back to Santa every night.  We’ve told our daughter numerous times that Doodle (our elf’s name when we started the tradition with S at 2 years) is watching her and she’s going to report back to Santa.  More often than not, because my daughter had entered her threenager phase, we remind her that Doodle will be telling Santa she’s being a bad girl and he doesn’t give presents to bad children.

As if there already isn’t enough reasons to feel we suck at parenting, I’m struck with this thought … 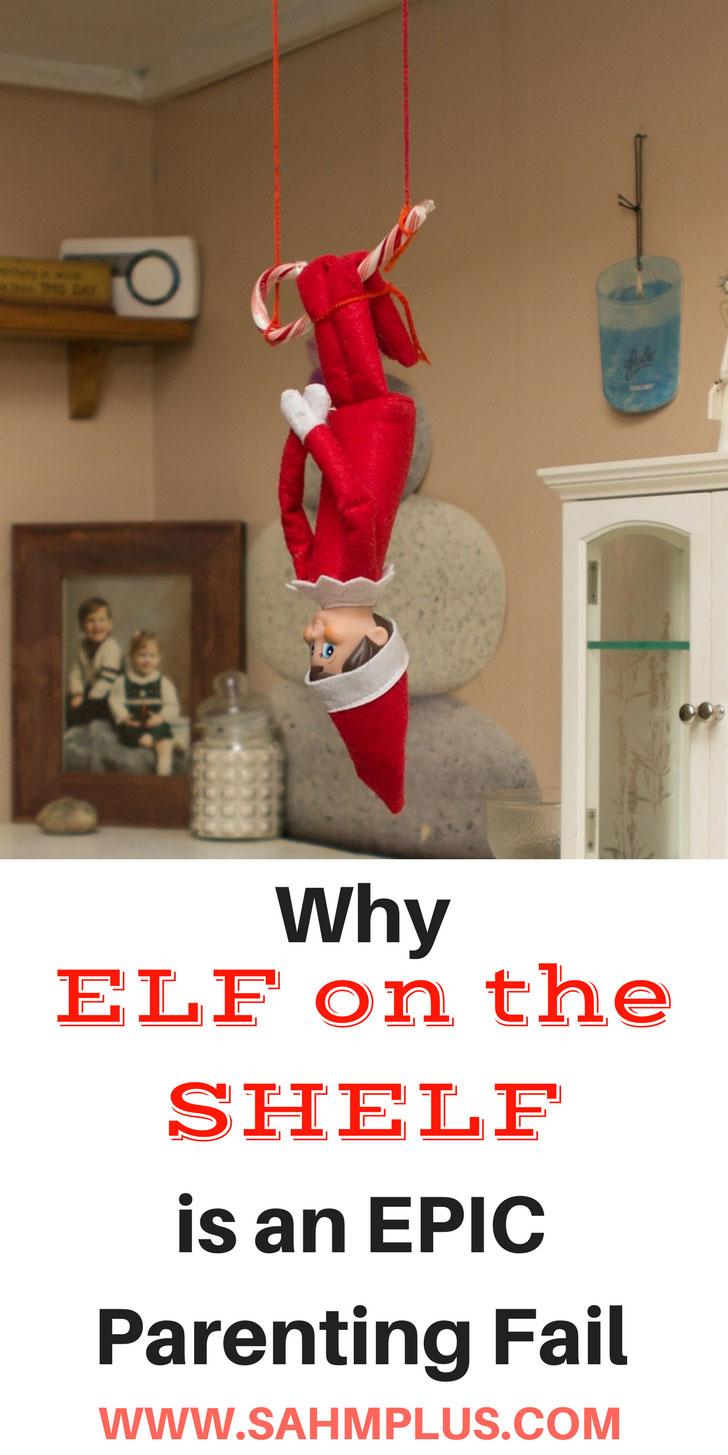 The Elf on the Shelf is an Epic Parenting Fail

I’m faced with the sad reality that we lack the conviction required to back up our threats. 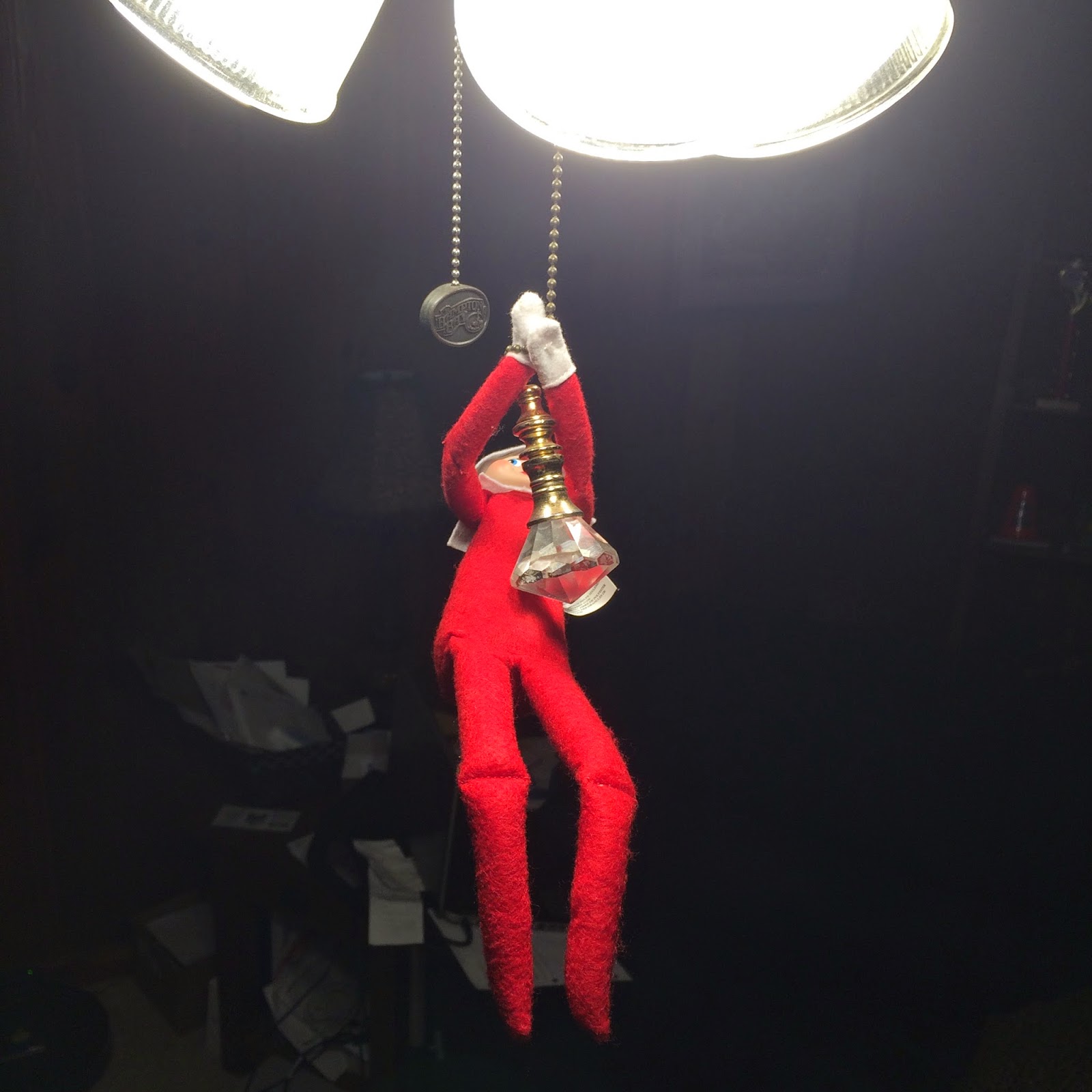 So what good is this Elf on the Shelf?

Well, from my perspective, she sure makes a fool out of mom and dad!  Santa’s brought a bike for Christmas in spite of all the times she has argued with me, yelled at me, and persistently did things I told her not to do.  She’s told me “I need you to be quiet” when she’s being nagged or tells me “but I have to” when she really wants to do something she’s not supposed to.  Yet, I don’t truly believe children shouldn’t get presents from Santa.  I rationalize that she’s not always bad and she certainly has been good in some ways, just terrible in others.

So, let’s add the idea that authors Laura Pinto and Selena Nemorin believe that parents who use Elf on the Shelf are setting their kids up for the idea that invasion of privacy is sort of the norm.  Yikes!

Now I’m left with this tattle-tale spy of an elf who is obviously not going to report back to Santa to convey that my bad kid shouldn’t get presents.

Big thanks to Doodle for making me feel like I’ve failed as a parent, yet again.  Good thing I don’t take all these supposed failures too personally when reading the latest articles on all the ways we’re messing up with our kids.

What do you think about Elf on the Shelf and the article I linked you to?

If you’re really interested in better behavior from your child, you might try to implement this consequence and reward jar system. 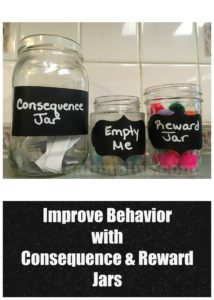 Anyway, I’m off to dust of Doodle and prepare her for another year of spying and lying.

Do you think elf on the shelf is an epic parenting fail for you too, or is that just me?

Making a New Year’s Resolution for 2015

We are going into our fourth year with the Elf on the Shelf.Or maybe the fifth? My kids love it but we don’t get too crazy with it or let it really be more than it is meant to be, which is fun.

We, too, will be continuing to use the Elf, but I’m going to have to be more careful about how we approach the subject of gifts and her behavior knowing Santa’s not actually going to bring her nothing LOL.

I love the Elf on the Shelf! My hubs gets super into it. Its so fun!

It is fun. Is your Elf very mischievous? Ours is pretty dull. lol

Elf on the Shelf is cool!

[…] church any longer.  Our Christmas season is filled with stress over holiday gatherings, a sneaky tattletale of an Elf who reminds me to lie to my kids and makes me feel like a failure of a parent.  And lets not […]

[…] wouldn’t happen without Rudolph, right?  Assuming that tattletale of an Elf and Santa determine our kids get Christmas gifts, Santa wouldn’t make it without Rudolph.  […]