written by Ivy B August 13, 2014
This post contains affiliate links which may earn me commissions should you click through them and take certain actions. As an Amazon Associate I earn from qualifying purchases. See full disclosure here.

It’s really difficult to play games with toddlers, usually.  I love this fun move and groove game from ThinkFun called Move & Groove, perfect for toddlers and fun to pay as a family!

Finally, a game for toddlers!  I started Shelby on 3 year old board games at 2 because I didn’t feel there were many pre-packaged games to play with toddlers.  That said, I was excited when I was given the opportunity to review ThinkFun’s game, Move & Groove.

I received one or more of the products mentioned above for free using Tomoson.com. Regardless, I only recommend products or services I use personally and believe will be good for my readers.

The Move & Groove dance game is designed for 18 months and up and for 2 or more players.  The maker includes this in their description of game play:

There’s no right or wrong way to boogie—it’s all up to interpretation—so players can use their imagination while improving balance, coordination and flexibility. The perfect game to build confidence and celebrate all the things your little one does so well!

According to KidsHealth.org, children benefit from physical activity and will: 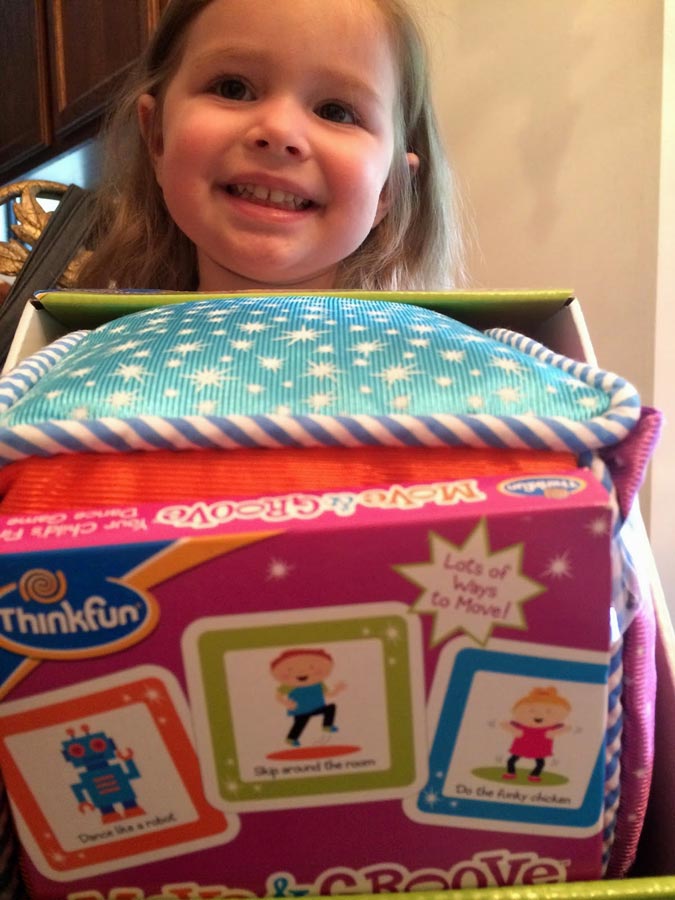 It’s Time to Play the Move and Groove Game

Our first tests of the game included game play with just herself and us (the parents).

Little bit was enthusiastic about tossing the large plush cube and quickly caught on to the rules of the game.

The cube’s landing color indicated the color card she needed to pick up.  I would tell her what activity she was to perform and occasionally had to show her my version of the activity to help her understand what I meant.

We had a tremendous time playing and I’m excited to report that not only did she want to play for a long time, she giggled A LOT!

Of all the games we’ve played, this has been my favorite and really created a bonding moment between us.  It was great to have some prompted silly time.  I even found that she enjoyed guessing the color the cube would land on before it stopped. 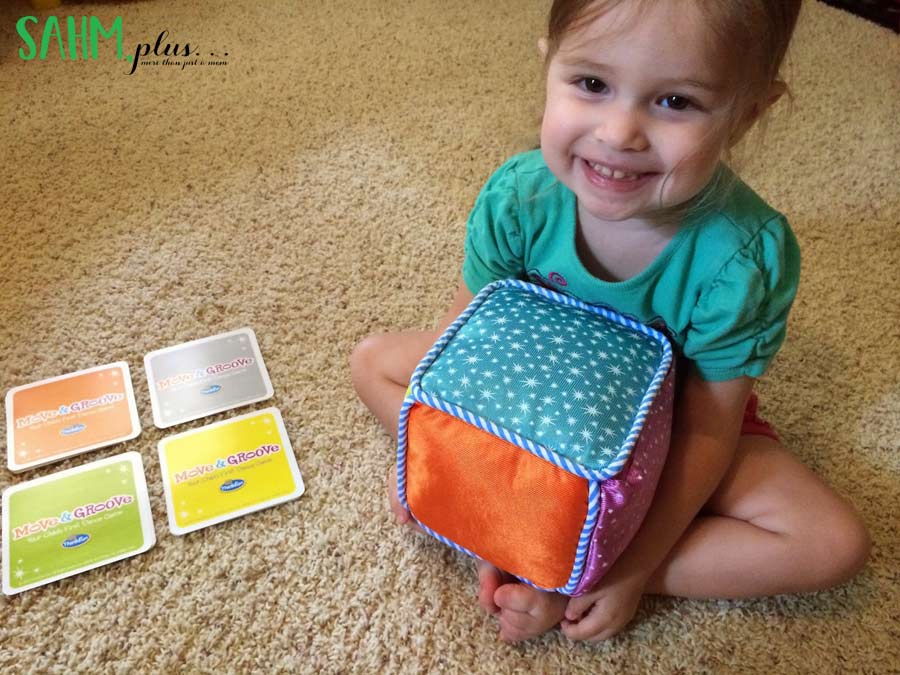 I’m grateful the cube is plush.  S began to throw and kick the cube much harder than the initial tossing, but I think that was half the fun for her.

In an effort to get an idea of what Move and Groove game play would be like with several toddlers/preschoolers, we invited a few friends over for a game play date.

The kids were mostly in the 3 or near 3 age group and I hadn’t anticipated just how hectic getting 5 kids to play a game would be.  And that was a scaled down play date for us.  A couple of the kids enjoyed the game for a few moments, though I think most of the kids were interested in throwing the cube.  In general, they lost interest quickly and we were on to other things within a few minutes.

Since game play is up to interpretation, it’s simple to catch on to the rules.  I love that there’s no right or wrong, and the kids are able to adapt their moves the way that suits them best.  If you’re searching for toddler games, this is great as a first game to teach children about taking turns, following “rules”, etc, while still leaving the ability to be creative.  Plus, getting kids (and parents) to move around and play is a bonus to our health.  In the heat of the summer in Florida, getting outdoors to move and exercise doesn’t happen much, so it’s great to have some indoor fun too without the fear of things getting broken.

Finally, that the cube has a built in pocket to hold the activity cards, it’s convenient so I don’t fear losing cards.  I love this feature.  Plus, the plush cube is fairly safe to throw around in the house. 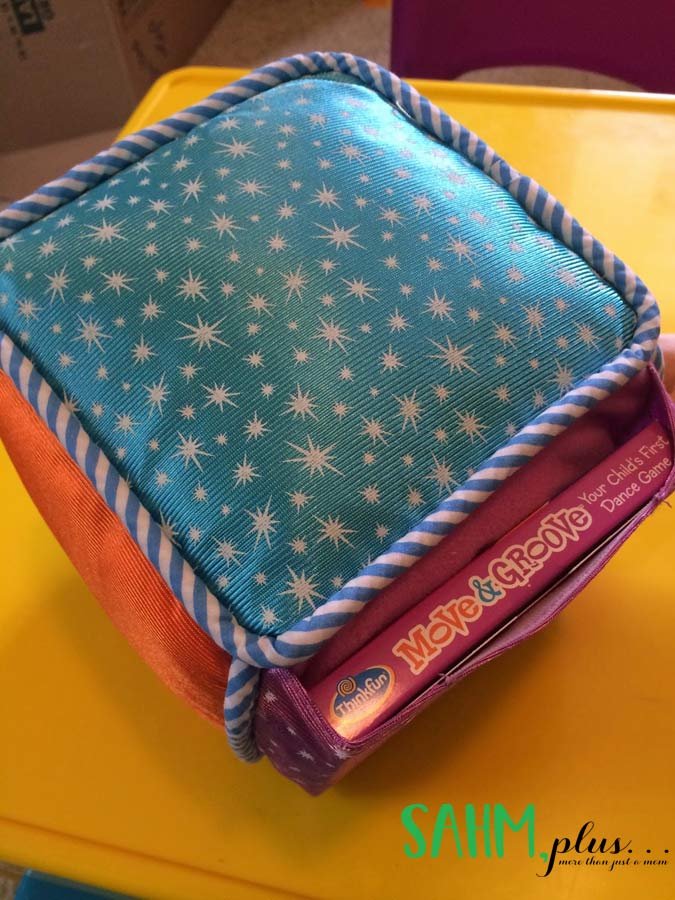 I think even the toddler/preschool age would have fun with this game.  You may have to find an area of the house or yard where they will have less distractions (our play room wasn’t distraction free).  My other suggestion is to have a really small group of children who play well together.  Perhaps start with 2 or 3 kids and work your way up to a larger group.  I still think that it will be a ton of fun for the kids as they get older.

Stop Comparing Your Child’s Behavior to Others’: It’s Just A Moment

8 Quick and Easy Toddler Snacks Sure to...

1 Simple Hack You Need to Try When...

Being a Toddler Mom Makes Me Crazy

5 Ways to Encourage Independence and Make Your...

[…] popups=”n”]Move and Groove by Thinkfun[/easyazon_link] (which I reviewed here).  My son also loves the game [easyazon_link identifier=”B0070A9OUA” […]