written by Ivy B December 9, 2013
This post contains affiliate links which may earn me commissions should you click through them and take certain actions. As an Amazon Associate I earn from qualifying purchases. See full disclosure here.

I was given the opportunity to test and review the Tap and Learn ABC educational iOS app, available for iPhone and iPad.  There’s a wealth of alphabet apps out there, and sometimes it’s hard to determine which one you should bother downloading, especially when it costs money.  This is a 99 cent app that delivers easy to understand alphabet content to young children.  It’s simple but effective. 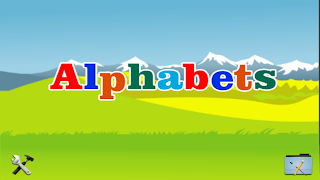 This app is geared toward toddlers and preschoolers with it’s adorable pictures corresponding to their alphabet.  There’s a friendly female voice that calls out a letter, then a word that starts with that letter.  Each letter has several objects and typically a verb that starts with the letter shown.  After the object is called out, you can press the screen to play another of the words or go to the preceding or following letters.

The graphics and animation are perfect for small children.  I was especially pleased with the easy to understand voice that called out the letter and words.   Everything is animated and includes appropriate sounds.  Where most alphabet apps like to focus on only objects that start with the letter, this app used action words at times!  For example, J is for Jump.  My favorite was K for Karate.  What a good opportunity to introduce sports to your child, right?! 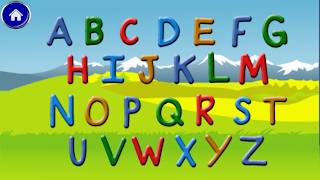 And, I like that I had options as to what I wanted my daughter to see.   In the settings menu, I was able to choose if the voice was going to say “A for” or “A as in.”  Additionally, I could select whether she would see capital or lowercase letters.  This is perfect if you’re past the point of recognizing upper case letters.

You can download this app on iTunes for your iPhone or iPad. 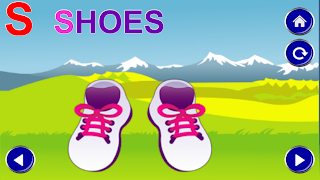 This is a sponsored post to review Tap and Learn ABC.  I was compensated a nominal fee and provided a free download of the full version of this app in exchange for my honest review.

Work At Home and Home School

Mindfulness For Kids: The Simple Solution To Teach...

1 Month With The Preschool Box: The Easy...

Fun, Educational Activities To Do With the Play...