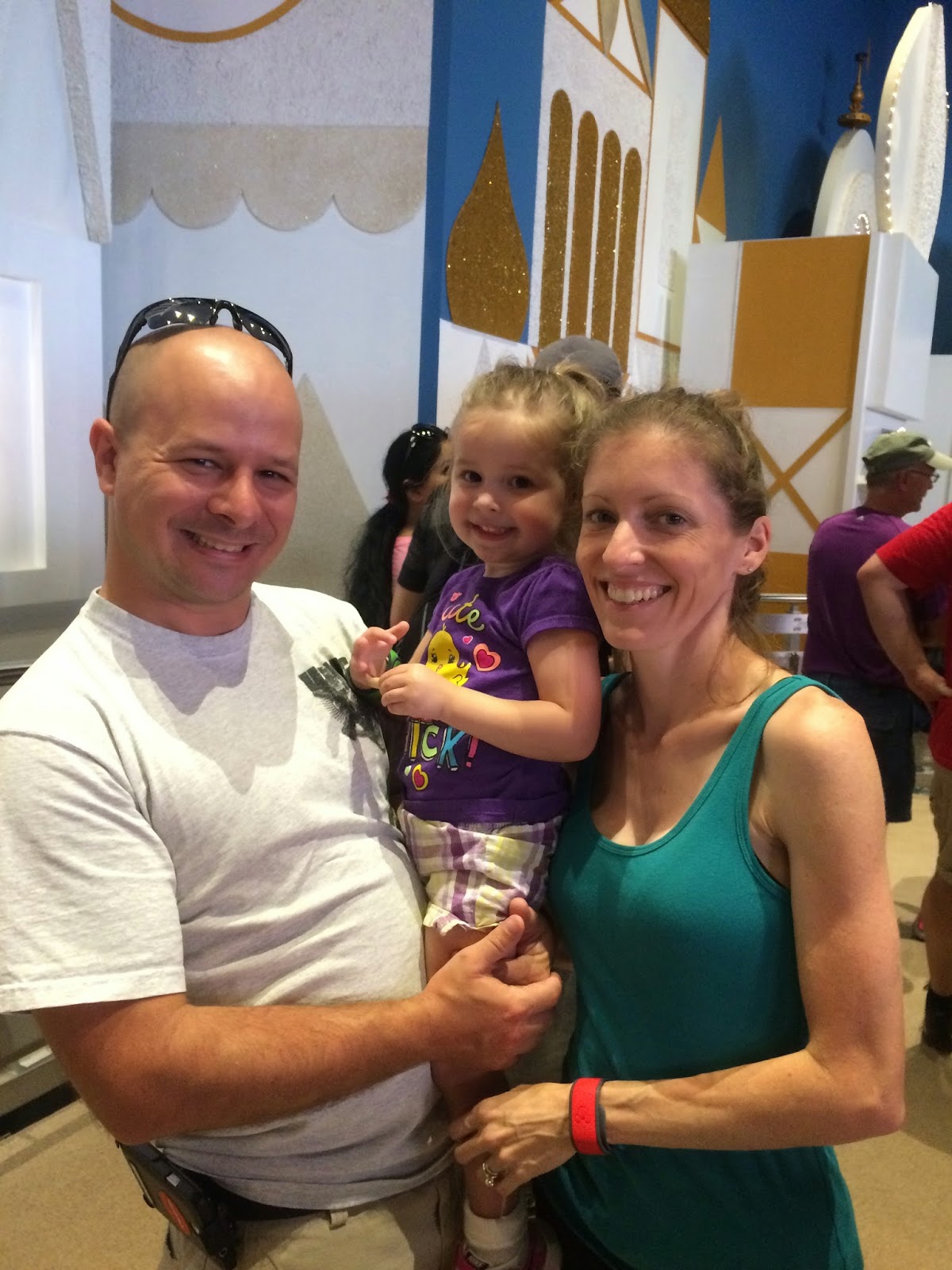 It took several months of deciding and then we finally planned a family vacation to Walt Disney World in Orlando, FL.  Several months before the vacation, my husband told our daughter that we wouldn’t go if she didn’t go poop in the potty.  You see, we’ve been potty training for so long that we thought maybe that was good incentive, since nothing else worked. Well, the first day, she was gung-ho on trying, and then she decided she really didn’t need to see Mickey that badly and quit trying again.

Finally, we just had to make the arrangements and hope that she’d do it.  The moment never came and we had to go on our family vacation without any further improvement on doing her business in the toilet.  Bummer.  I was against taking the vacation to see Mickey since he’d said she couldn’t if she didn’t poop in the potty.  After all, what were we teaching her by going back on our word?  I lost the argument and then we were at Disney anyway.

When you think of Disney and toddler, what do you expect?  I expected some serious problems, personally.  I learned that my kid doesn’t like going poop when she’s away from home, so I expected constipation.  Then there’s the later nights, crankier days, and the toddler desires that you can’t always fulfill just because you’re at Disney.  I expected melt downs.  Ironically, just days before the trip, we also found out kiddo had a UTI and had to start taking a really nasty antibiotic that she hated.  Who wouldn’t look forward to fighting a toddler morning and night on vacation to take her medicine, right?  We, of course, had to make the best of it since we hadn’t had a vacation in a while and we’d had a really hard year so far.  Planning our Disney World vacation didn’t go very well, and we experienced a few hiccups prior to entering the parks, but once we were in, things took an amazing turn for the better.

A couple days into the trip, we had taken Shelby to the pool.  After only a couple minutes, she was doing a wiggly dance and telling me she needed to potty so I rushed her back to the hotel room to do her business.  And, this turned out to be one of the most magical nights in a long time.  The kiddo decided at that moment that she needed to poop in the potty.  I couldn’t believe it!  After all the fuss and she chose vacationing at Mickey’s house to poop in the potty?  Yep, now I agree that Disney is the most magical place on earth, for sure! 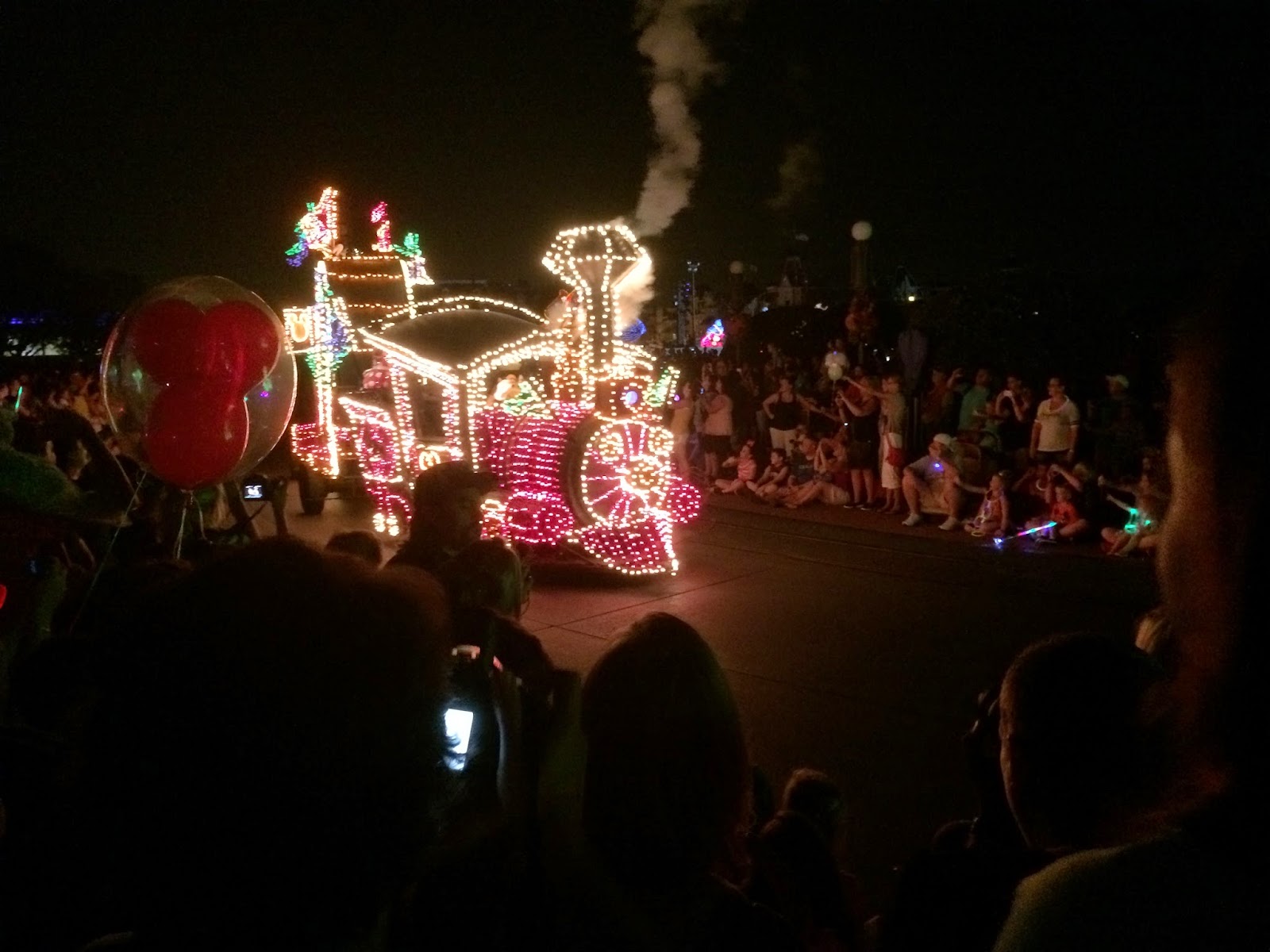 Aside from that excitement, we experienced no melt downs.  Our first day at the Magic Kingdom was extremely long and the kiddo made it through the entire day without a nap (no surprise) and even made it to the Electric Light Parade in an amazing mood.  The rest of the week was a little less impressive as she got somewhat cranky, but as I said, no melt downs and never was she unreasonable or unruly.  She got cranky on occasion, but was in a surprisingly good mood all week despite losing a lot of valuable sleep.

Plus, the kid ate like a champ.  I was grateful all week that she continued to make pretty healthy choices at mealtimes including eating fruits and vegetables on occasion.  One night, she even requested fish for dinner and ate the entire portion.  I rarely eat fish (I don’t like it) so she must get her taste buds from her daddy! 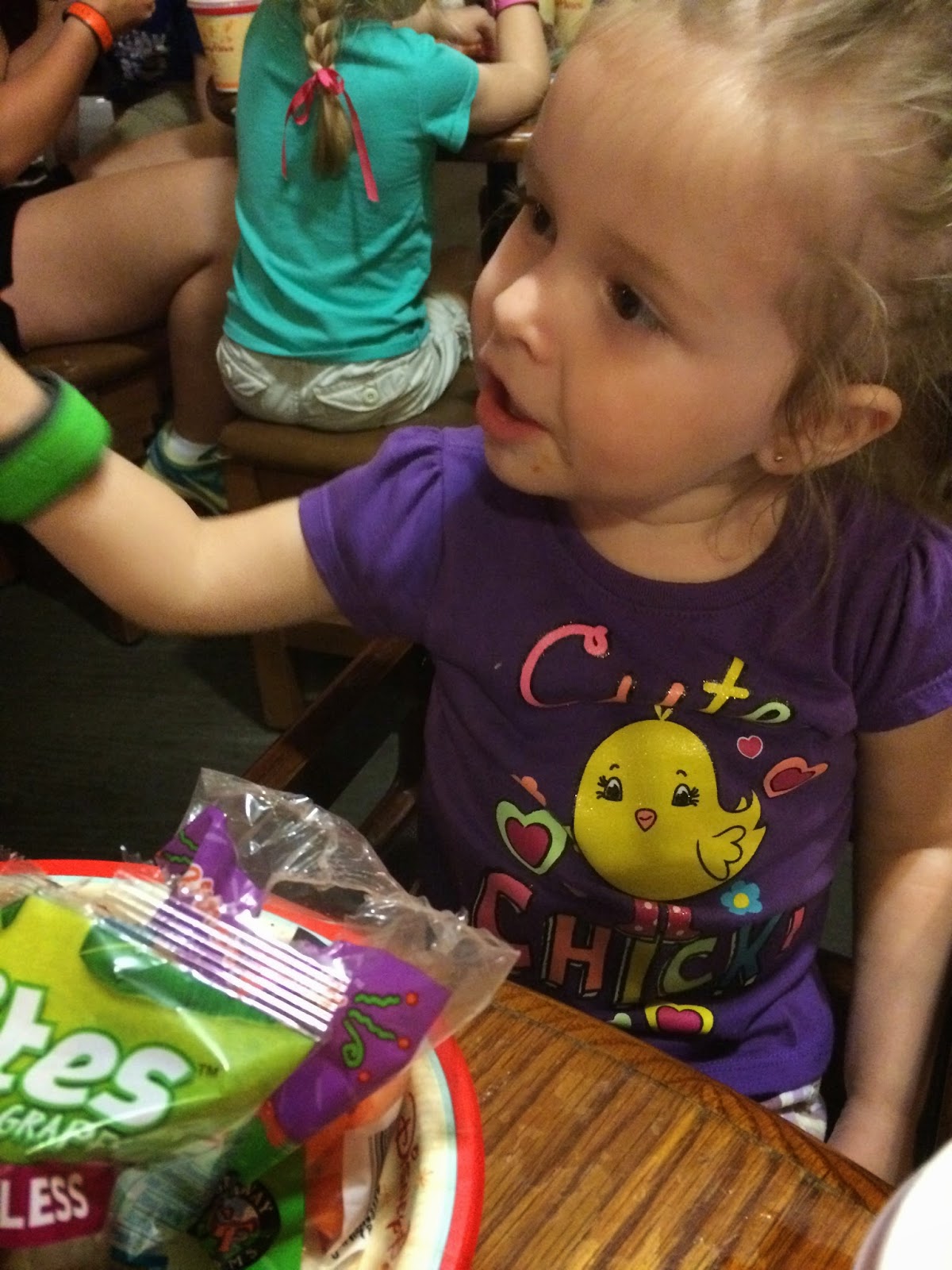 After such an amazing week, I’m really glad we decided to purchase annual passes!  There’s no doubt in my mind that we can make a few extra trips throughout the year and feel pretty good about them after such positive experiences.