Welcoming a Pet to Our Family

written by Ivy B December 26, 2013
This post contains affiliate links which may earn me commissions should you click through them and take certain actions. As an Amazon Associate I earn from qualifying purchases. See full disclosure here.

My husband’s a sucker for our daughter.  She can usually start asking for something and not long after, he’ll give in and get what it is she desires.  I love it, yet I wish there were a way to convince him that it’s okay to wait a while.  One of the more recent purchases was a tricycle that he had to get before Christmas because she was practically begging for a “cycle” as she calls them.  It’s adorable, but, of course, I wonder what message it sends her.
Well, she recently met our neighbor’s dog and was crazy about it.  You know what that prompted …

Next thing I know, hubby was on the internet researching good dogs for a family with a toddler.  As much as I said I wasn’t ready for another dog yet, I was compelled to look also.

This time around we happened to be by an adoption event being held at the Petco in our location by Ana’s Angels Animal Rescue.  After spending some time with a dog I thought we would be interested in, we were told she was best suited for a family with at least one other dog.  If I’m barely ready for one, there was no way I was going to commit to the idea of having two.

On we looked and decided to spend a few minutes with a dog I wasn’t immediately drawn to, but who had been laying around relaxed the whole time in her crate as all the other dogs were yapping and barking.  She was so sweet and cuddly and calm.  After a week in our care under fostering terms, we decided that she was a good fit for our family.

At 7 months, she’s mostly potty trained, she’s generally calm, and just wants to be part of the family.  Unfortunately that has also meant that she experiences some separation anxiety at night in her crate, so she wakes me up a lot.  But, for a change, I do have a dog that listens to me.  And, she is great with our whole family! 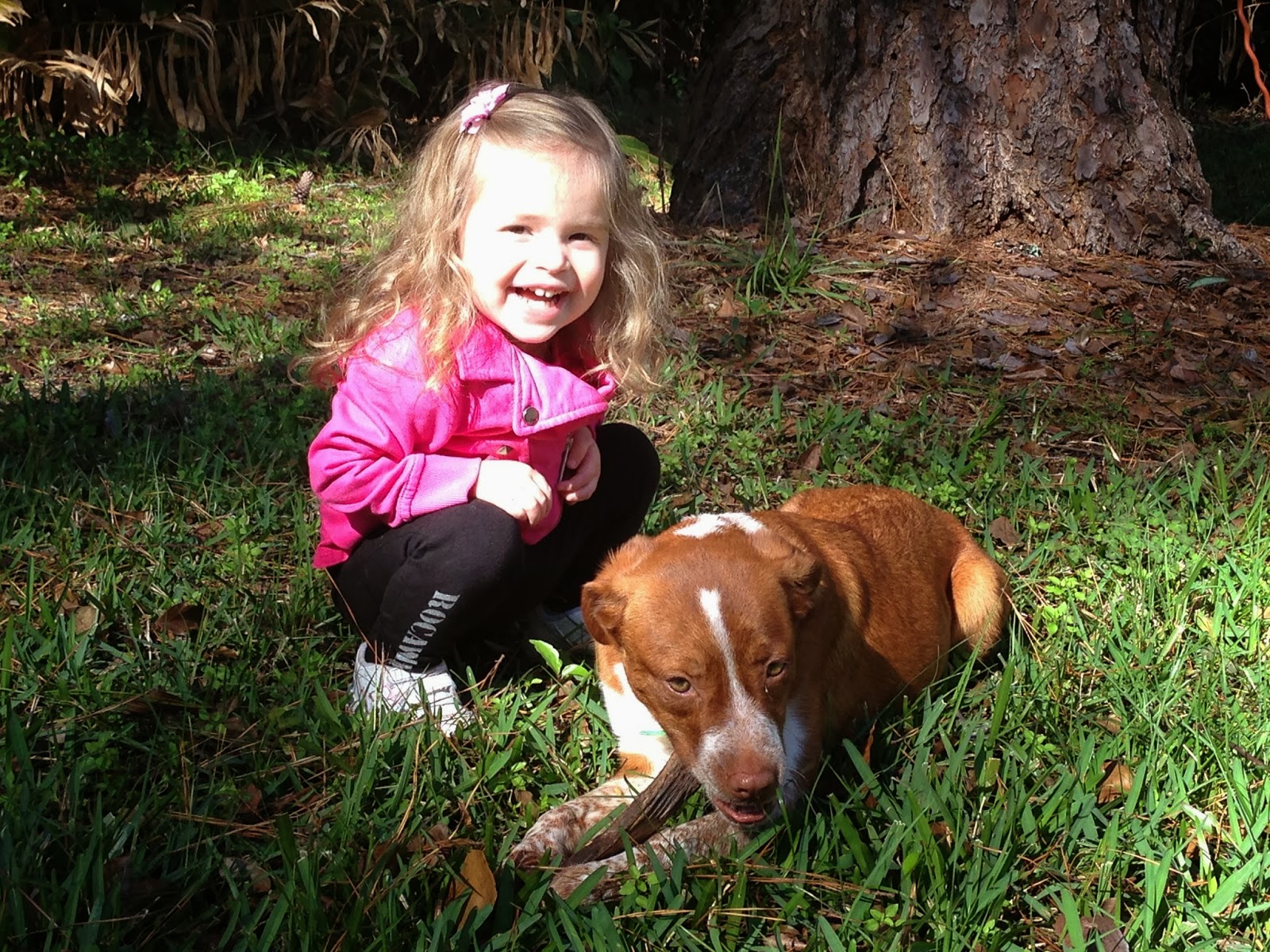 So, we’re adjusting to life and new routines with a puppy.  This probably also means I’ll be on the lookout for more pet deals as time goes by.

Do you have a family pet for your little ones?

Does Almighty PHOTO live up to its name? iOS App Review

What Children Really Need to Know About Being...

How The Tuttle Twins Books Help In Raising...

10 Reasons Kids Should Have Chores

Why Dads Are Important

Worried Your Child Is A Sore Loser?

Roll with the Punches!

Am I a Good Mom? The Best Response...

When Your Child Says They Don’t Love You